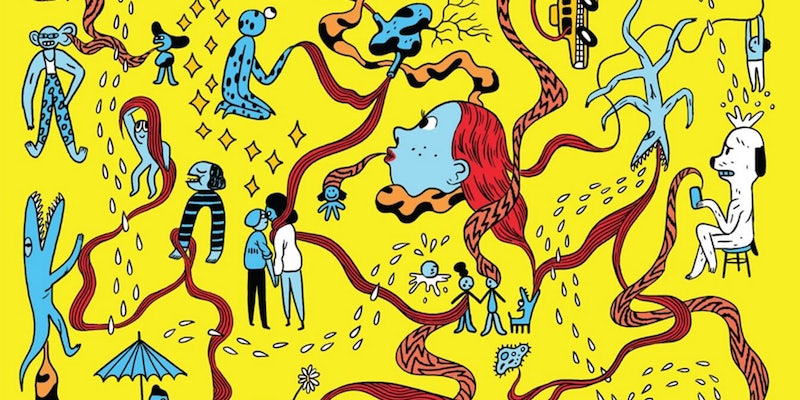 What is Twine, and how do you make a Twine game?

It's the engine of choice for queer developers and smut peddlers.

Sometimes derided, other times praised, Twine is one of the best game development programs for beginners. It’s easy to use and powerful in the right hands, which is exactly why Twine is so beloved by interactive fiction writers, queer game developers, and adult content creators.

It’s a bit of a misnomer to call Twine a “game maker,” even though the engine is so popular with game developers. So what is Twine, exactly? From the best games to tips for creating your own Twine stories, read on for our introduction to all things related to the interactive fiction format.

Created by game designer Chris Klimas in 2009, Twine is an open-sourced program that lets users create their own hypertext narrative games. “Hypertext” is how the modern internet works: Users click on text that lets them access new pages, all branched together (hence the name “Hypertext Markup Language,” better known as HTML, the language that powers the overwhelming majority of modern websites).

Twine exports files into HTML, although the program takes away all the HTML coding required in web development and replaces it with a flowchart UI. Creating your own game is as simple as writing a story and plugging it into the program. This makes it incredibly accessible, easy to learn, and a fantastic gateway into game development, especially for marginalized folks. Shortly after Twine’s release, queer writer and game designer Anna Anthropy created Afternoon in the House of Secrets. Others soon followed: Robert Yang, Porpentine, merritt k, Kitty Horrorshow, Arielle Grimes, and more, culminating in Zoë Quinn’s Depression Quest by 2013.

“What was it that made Twine special for me?” merritt k writes in her book Videogames for Humans. “I think that something in the form of it, its presentation of nodes and links, felt less intimidating than the blank page and blinking cursor of a word processor. Somehow it felt more inviting. It didn’t demand, as that blank page seemed to, that I tell a linear story, one that was neat and made sense and contained some kind of resolution.” (Disclosure: Ana Valens formerly freelanced for Fanbyte, where merritt k serves as co-managing editor.)

Twine was once the interactive fiction engine of choice. Now, similarly accessible programs like Ren’Py and Unity’s Fungus have emerged and eclipsed its popularity, while merritt k, Grimes, and others left behind the Twine format for new fields and mediums.

Despite the competition, today’s developers continue to play with the engine and create new games. In 2016, Crows Crows Crows released The Temple of No, a satirical adventure game poking fun at the medium’s biggest tropes. Splendidland’s 2018 game EGG BABY and Nat Morillo’s 2019 Twine Plantgotchi break from a traditional choose-your-own-adventure format for an adorable virtual pet game similar to Tamagotchi. Others pushed Twine to its limits to see what the engine can do. Before the studio dissolved, Aether Interactive’s Twine games Arc Symphony and LOCALHOST featured advanced CSS and HTML that made both works seem like they weren’t even built in Twine. (Disclosure: Ana Valens is friends with former Aether Interactive developer Penelope Evans and was formerly friends with developer Matilde Park.)

While Twine is no longer the indie darling of 2012 through 2015, it’s still a wonderful engine for game development. And for queer developers, adult content creators, and writers looking for an accessible engine to learn how to design games, Twine’s easy-to-use, difficult-to-master platform makes it the perfect program to jump straight into narrative design.

What are some of the best Twine games?

Many early Twine games were confessional in nature. Others were extremely vulnerable. Unfortunately, some of the most influential works in the medium’s history are no longer online. That said, hundreds of Twine games exist online, many of them for free.

For classic Twine games, check out ohnoproblems’ SABBAT, Anna Anthropy’s Queers in Love at the End of the World, Kitty Horrorshow’s Wolfgirls In Love, and Christine Love’s Even Cowgirls Bleed. Additionally, Cara Ellison’s Sacrilege is a fantastic exploration of “the heart stopping drudgery of being heterosexual in a world where heterosexuals are conditioned not to talk to each other, or listen to each other, or really have any idea what they are doing,” as she writes for Unwinnable. And there’s Winter Lake’s Rat Chaos, a quirky stream-of-conscious game that perfectly encapsulates Twine’s DIY roots.

For more recent Twine games, look to Colin Spacetwinks’ surprisingly wholesome soft vore-themed Twine game DEVOUR/COMFORT, “monster romance” work IN THE ARMS OF THE NIGHT from polymer despair, and Sisi Jiang’s LIONKILLER, which follows a young Chinese lesbian fighting against the British during the First Opium War. Then there’s Emma Kidwell’s Got a light?, which also explores queerness and coming of age as a young adult. Other popular recent Twine games include Golden Threads, a mid-19th-century story about a Chinese immigrant to New Zealand as told in a “lost-and-found diary” format, as well as the immensely popular Twine satire of blockbuster game development, The Writer Will Do Something.

How do you make games with Twine?

There are many ways to get started with Twine. For simplicity’s sake, we’ll split this section into two paths: getting started and building a major project. While optional, we recommend working with Twine 2, the program’s latest iteration by Chris Klimas and Leon Arnott. All tutorial and reference information will be written with the program in mind.

First, check out Allison Parrish’s Twine 2.2+ tutorial, which goes over the basic and intermediate steps needed to make your own Twine game, including changing Twine’s story format, building branching narratives, and adding images. After you’ve dipped your toes in, feel free to get started writing right in the program. Improvisational development is more than encouraged, and it’s one of the best ways to jump straight into creating games. After you’re finished creating your passage, link it out to another one, or start creating multiple narrative branches. After you’re satisfied with your new work, head over to the Twine Cookbook, which goes over everything from programming delayed text to creating a save-game system.

If you’re interested in creating a large game, such as a story with 10,000+ words or multiple branching narratives, you should start first by planning out your game. Choose your preferred word processor and outline your story’s narrative branches. Once you have a rough outline for the game’s pacing, write, edit, and revise your script until the flow feels just right. This lets you easily fine-tune your work and zoom in (and out) of your story to add in new passages or chop off fluff. Once you’re satisfied, plug your work into Twine, then browse through the Twine Cookbook to start formatting its HTML and CSS markup.

For additional resources, check out the Twine Wiki, browse through the Twine section of the Interactive Fiction Community Forum, and visit Twinery’s Q&A area. The Twine Resources page is also a helpful resource for more information about developing in Twine 2. And if you’re stumped while programming your game, just search for a solution on Google. It’s one of the easiest ways to answer any technical questions in Twine.