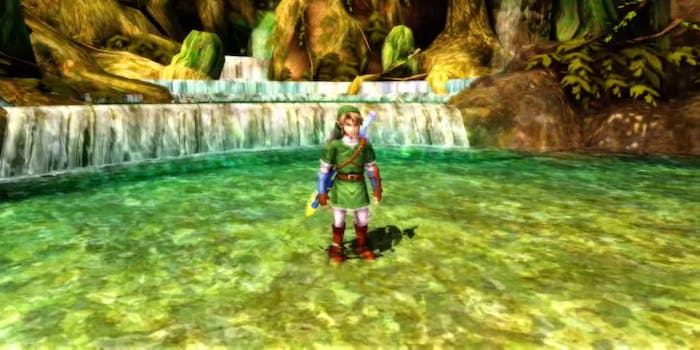 Is Nintendo about to give Legend of Zelda: Twilight Princess an HD remaster?

Here’s something to get Zelda fans excited: New evidence has come to light suggesting that The Legend of Zelda: Twilight Princess may be getting an HD re-release.

Earlier this week a Splatoon hacker, NWPlayer123, posted on Twitter about a mysterious finding on Nintendo’s eShop. It was an icon for Twilight Princess, presumably for an HD remaster.

This is far from a definitive confirmation, but it’s an encouraging one.

If you would like a better idea of what an HD Twilight Princess would look like, there’s already a dedicated modding community that’s been creating HD texture packs to play on the Dolphin emulator.

As the Wii U comes close to retirement, it has already seen one Zelda HD remaster with Wind Waker. An original Zelda game is also slated to come out before the console retires for Nintendo’s next system, codenamed the NX. It’s uncertain if that new Zelda game will also be a dual release for Wii U and NX, like Twilight Princess was for Gamecube and Wii.

Either way, fingers crossed that Nintendo makes this happen.