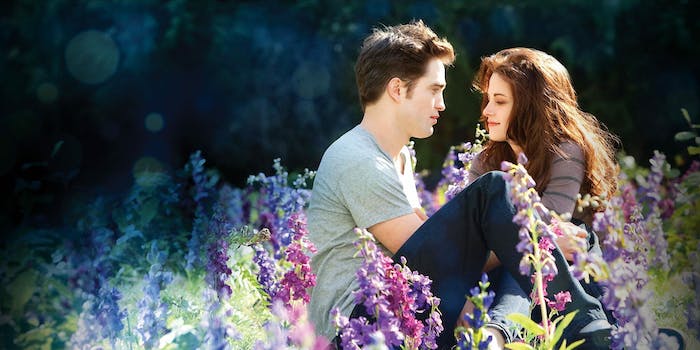 Twilight author Stephenie Meyer just pulled a Beyoncé and released a new book out of nowhere.

Life and Death was written for Twilight‘s 10th anniversary edition, which Meyer already promised would contain some bonus material. However, no one was expecting a 442-page retelling of her most famous work.

In her foreword to the anniversary volume, Meyer characterized Life and Death as a way of responding to critics who said that Bella Swan was too much of a damsel in distress. By rewriting Bella as Beau, she hopes to prove the character is simply “a normal human being surrounded on all sides by people who are basically superheroes and supervillains.”

Meyer’s foreword begins with an apology for failing to include Midnight Sun, her unpublished novel that retells Twilight from Edward Cullen’s perspective. Midnight Sun was originally planned as a companion to the series, but Meyer decided to stop writing it after several draft chapters were leaked in 2008.

The idea of retelling the same story from another character’s perspective is relatively common in the world of fanfiction, and has recently caught on with bestsellers like Fifty Shades of Grey (which now has a spinoff novel from Christian Grey’s perspective) and Veronica Roth’s Divergent series.

Cynics will undoubtedly interpret this trend as either a lack of imagination on the part of the author, or a blatant attempt to squeeze more cash out of a popular franchise. However, Life and Death does offer a more interesting premise than simply retelling Twilight from a different point of view. By switching the gender of almost every character in the main cast, this book radically disrupts the clichéd roles of the original story.

While relationships between young women and mysterious older men are a staple of the romance genre (especially paranormal romance), it’s much less usual to see this relationship play out between a teenage boy and a much older woman. It will be interesting to see how fans react to Life and Death, particularly because it follows the same plotline that had many people describing Bella Swan as a passive damsel in distress.