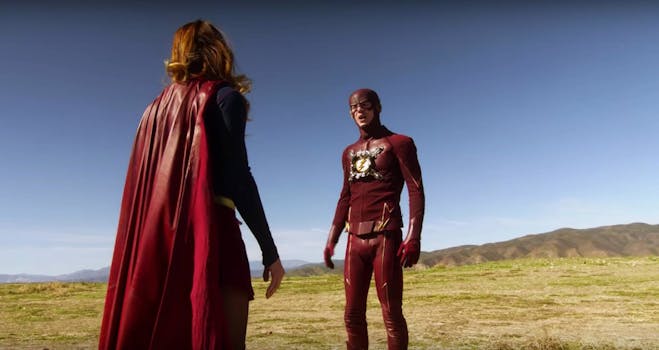 Did your favorite comics TV show just get canceled?

Not everyone survived this bloodbath.

Will your favorite comic book characters return to fight another day? Well, that depends on which one you’re talking about.

The major broadcast networks cleaned up shop Thursday afternoon as they revealed which shows would be renewed, canceled, moved, picked up, or passed on before presenting its lineup to advertisers at an annual showcase called the Upfronts. For TV fans it’s often a bloody affair (especially if you’re a fan of shows on ABC, which canceled 12 of its shows alone), and comparisons to Game of Thrones’s Red Wedding aren’t completely unfounded. It might also be reminiscent of the aftermath of a major fight, which is fitting considering the superhero takeover in recent years.

Between the shows already on the air and the pilots waiting to be picked up by its networks, 11 shows starring famous characters from comic books awaited their fates from the networks this year. And while some of them had already been renewed, not every show made it out unscathed.

So where do your favorites stand?

Already home to the greatest number of comic book shows on traditional television, the CW is more than prepared to double down on being the premiere place for comic book adaptations. That particularly includes the shows based on DC Comics characters, which are all owned by parent corporation Warner Bros.

Back in March, the CW made a rare move and renewed all 11 of its current scripted shows in one big sweep. That means that Arrow is getting a fifth season, The Flash and iZombie will each get a third season, and Legends of Tomorrow, one of the geekiest shows on TV, has been renewed for season 2. And considering all three shows exist within the same multiverse, that’s ample opportunity for crossovers.

During the pre-Upfronts display of renewals, cancellations, and pickups, the CW also ordered Riverdale, the live-action, present-day series starring Archie Comics characters, to series after going through the pilot process.

But that’s not the only show with iconic characters coming to the CW.

The debut of Supergirl, the first female superhero show to make it to TV in decades, had record ratings, but like many shows (superhero or not), its ratings dropped over the course of a mostly well-received season (including a much-loved Supergirl–Flash crossover episode), particularly in comparison to the dark and grim DC Cinematic Universe. Add in the lofty licensing fees CBS paid to Warner Bros. to air Supergirl, making it CBS’s most expensive show it made, and its renewal for a second season didn’t seem as bulletproof as Kara Danvers herself.

Reports that Supergirl might move to the CW, CBS’s sister network, in an effort to reduce production budget emerged about a week before networks revealed its shows for the next season, and on Thursday CBS confirmed it. Supergirl would fly again, but this time she would be on the CW (leaving CBS as the only broadcast network without a superhero show next season).

With Supergirl more accessible to the rest of the DC TV universe, bringing Kara on Arrow, The Flash, and Legends of Tomorrow is even more possible.

During the 2014-2015 television season NBC aired Constantine, which was based on the Hellblazer comics but was canceled after a poorly received season cursed with low ratings. (John Constantine still managed to cameo on Arrow after the fact.) So for this past season NBC was the only broadcast network without a superhero or comics-based TV.

NBC announced that it ordered Powerless to series, a half-hour comedy set in the DC universe that follows the employees at an insurance company that specializes in covering superhero-caused damages. It stars Vanessa Hudgens, Community’s Danny Pudi, and Alan Tudyk.

So so excited, so grateful, so blessed!! My show, Powerless, got picked up!! Get all the deets here!! https://t.co/tcb9gad2uT

Gotham, Fox’s Batman prequel series, has received a mixed reception since its original debut in 2014. But it averaged 9 million viewers in its second season, which was likely enough for Fox to give it an early renewal back in March.

“It takes a very special team to tell the tales of Gotham,” Fox’s Entertainment President David Madden said at the time. “For the past two seasons, Bruno [Heller], Danny [Cannon] and John [Stephens’ have masterfully honored the mythology of Gotham and brought it to life with depth, emotion and memorable high drama.”

A series based on X-Men’s Hellfire Club is still in the works, but it’s unlikely that it will come to TV before the fall.

At the beginning of the season, ABC was home to two beloved TV shows based on Marvel properties (ABC and Marvel Studios are both owned by Disney) with a third possibly on its way, which—like Marvel’s Netflix shows and its blockbuster movies—all fit within the Marvel Cinematic Universe.

By the time the renewals, cancellations, and pickups ended, only one remained.

Marvel’s Agents of S.H.I.E.L.D., the longest-running Marvel property still on television, was a sure thing; it was renewed for a fourth season by ABC back in March. But things looked grim for Agent Carter, a ’40s-era show starring Captain America’s Hayley Atwell as Peggy Carter, and Marvel’s Most Wanted, the Agents of S.H.I.E.L.D. spinoff starring Bobbi Morse and Lance Hunter.

Agent Carter’s cancellation came first, a move that didn’t surprise many fans. It had low ratings and early reports indicated that the show, which received a surprise renewal last year, wouldn’t return for a third season as Atwell’s other drama, Conviction, was well-received (and later ordered to series). Add in Captain America: Civil War, and Peggy Carter has probably had the worst week of anyone.

But ABC also decided to pass on Marvel’s Most Wanted, which initially seemed like a sure fit but lost steam among executives, making it the second time ABC passed on the spinoff; the first came when it renewed Agent Carter instead.

“We’re very proud of all the hard work, from Jeff Bell and Paul Zbyszewski’s writing and producing to the incredible cast, especially the supremely talented Adrianne Palicki and Nick Blood, who we adore,” Marvel’s Jeph Loeb said in a statement.

It’s always possible that this might not be the last time we see Peggy, Bobbi, and Hunter, who were written out of S.H.I.E.L.D. in order to shoot Marvel’s Most Wanted. Peggy has appeared in a S.H.I.E.L.D. flashback before, while Bobbi and Hunter could be brought back in some capacity, although it might make their exit feel cheapened for fans.

As for John Ridley’s secret superhero project? We’re still no closer to learning what that is.