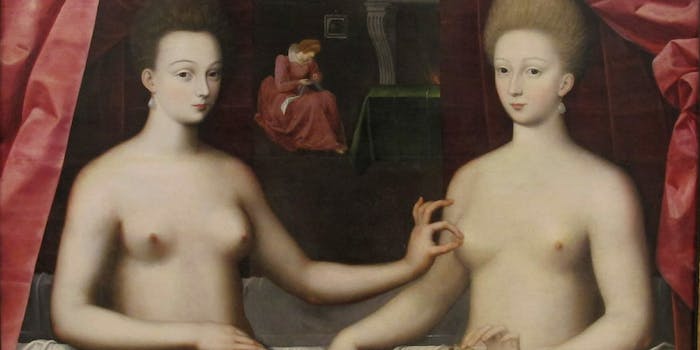 Tumblr’s anti-porn algorithm is flagging basically everything as NSFW

It's worse than useless.

This porn ban is already being implemented, with Tumblr flagging everything it deems to be explicit material. On a purely conceptual level, this was already bad news for many Tumblr users. An NSFW content ban will hurt the livelihoods of artists and sex workers on the site, and potentially lead to a mass exodus of bloggers who want to retain their creative freedom. However, it looks like the problems go even further because Tumblr’s content flagging algorithm is hopelessly incompetent. As soon as Tumblr started highlighting “explicit” content on Dec. 3, users reported having totally innocuous posts flagged on their accounts.

Look what Tumblr flagged. This may be the most thoroughly I've seen a website destroy itself since Patreon changed their fee structure. Curious to see if Tumblr will walk this back or just collapse. pic.twitter.com/MQxhbqUdyK

Tumblr and Twitter are already full of screencaps showing random posts mislabeled as explicit material. In some cases, you can kind of see how the mistake happened (for instance, art with partial but non-sexual nudity, or images that a bot might mistake for a human body), but there’s also a ton of content that appears to have been flagged at random.

I just went through the 12 most recent pages of my Tumblr archive and these were the only three photos flagged. Two photos of me fully clothed and a picture of my vase ¯_(ツ)_/¯ pic.twitter.com/dUG5K8lbCy

A lot of people are reporting that non-explicit LGBTQ content is being flagged as sensitive material. This has been a problem on other platforms too, including YouTube, where some LGBTQ vloggers noticed that their videos were demonetized if they used words like “transgender.”

Since these decisions are usually made by an algorithm rather than a human being, it’s often hard to see why LGBTQ content gets flagged as NSFW – although the underlying reason is, of course, homophobia and transphobia. Sometimes LGBTQ content is automatically perceived as unsuitable for children, while some sites penalize keywords like “lesbian” because they’re used to tag porn. This actually happened on Tumblr before, when the site unilaterally blocked 29 tags from app searches, including words like “lesbian,” “gay” and “transgender.” Tumblr is popular among LGBTQ bloggers, including teens who use the site to find their own community, so this kind of censorship may cut vulnerable people off from their support network.