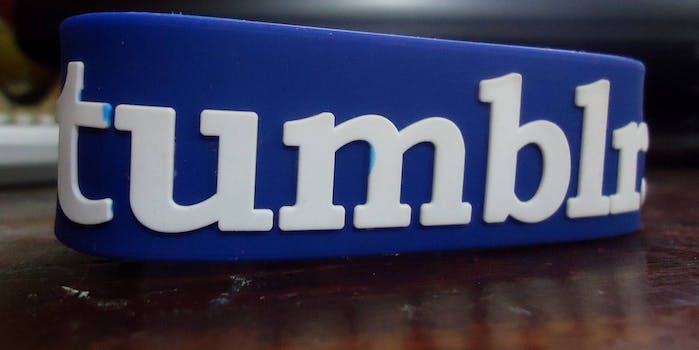 These hidden tips and tricks will seriously elevate your Tumblr game.

Compared to the other big social media platforms, Tumblr can best be described as “idiosyncratic.” While the basics are intuitive and easy to understand (how to post; how to follow other users), you can spend years on the site without discovering some of the lesser-known features and shortcuts.

Tumblr has a tips page, but most users don’t know it exists, and it only scratches the surface of useful advice—for example, the fact that you can display your tags in chronological order, or browse your dashboard using keystrokes instead of the scroll bar. Otherwise, Tumblr users have to rely on luck and word-of-mouth to find the site’s more obscure tips and tricks.

Below, we present some of the most useful functions that Tumblr users have unearthed over the years, along with the best advice from Tumblr’s own shortcuts page.

1) Allow anyone to reply to text posts on your dash

If you want to encourage direct replies on your dashboard, put a question mark at the end of a text post, and you’ll be given the option to activate replies to that post.

2) You can’t post links in askbox messages, but you can in chat

Tumblr introduced a chat function in 2016, allowing one-on-one private messages between users. While you can’t paste URLs into askbox messages (which users can answer publicly), you can send links in chat.

P.S. If someone sends you a link to a video game test, fashion advertising blog, or modeling casting session, it’s probably spam. Report them.

3) You can queue askbox replies

When you reply publicly to an askbox message, it automatically posts straight to your dash. However, if you’re answering a lot of messages and want to avoid spamming your followers, you can queue them to post at a later date. Just hover your cursor over the “post” button and hold down the alt key. This gives you the option to queue the reply or save it as a draft like any other post.

4) Interact with other users directly from your dash

Hover your cursor over someone’s icon on your dash. If you click, their blog will appear on the right half of the screen. Alternatively, you can move your cursor over the little person-shaped icon, and see a dropdown menu including the option to block them, send an askbox message, or subscribe to their posts on the app.

A lot of people regularly check for mentions of their username like any other tag, which is especially useful if your dashboard is too busy to see notifications for @-replies. Obviously this isn’t an option for people with a generic username like @bananas, but if your name is @420feelthebern, you won’t have much trouble searching for any posts tagging your username.

Along with practical stuff like tagging people’s usernames, Tumblr users have developed a sophisticated tagging etiquette—although habits can vary from person to person. Some people like to use tags for organizational purposes, while others use them to add extra commentary on posts and reblogs. However, people tend to follow similar guidelines when tagging for spoilers or trigger warnings.

If you’re planning to post spoilers for something new and popular, it’s polite to use a spoiler tag (say, “Star Wars spoilers”) so your spoiler-phobic followers can block any relevant posts using an extension app like Tumblr Savior.

Trigger warnings work the same way. If you want to post or reblog something that runs the risk of triggering someone’s PTSD (for example, a post about rape, eating disorders, or suicide), tag it with some variation of “trigger warning” or “tw” and then the specific content of the post.

If you want to rearrange the tags on a post, you can just drag and drop. (This is important because only the first five tags are searchable on the site.)

Every post on your dashboard has a “dogear” on the top right-hand corner. Hover over it, and it will tell you what time the post was published. Click and it will take you through to the post’s original URL in another window.

10) Find out what other users have Liked

This one can feel a little sneaky, but it’s possible to spy on anyone’s Likes. Just go to https://www.tumblr.com/liked/by/[username].

11) Find posts from a specific date, on any blog

Travel back in time by typing the URL [username].tumblr.com/day/[year]/[month]/[day].What were we talking about on Nov. 6, 2014? Star Wars title memes and Naruto fandom, apparently. Well, there you go.

It’s simply not possible to cover all the ins and outs of Tumblr in one tips post, but if we’ve left out your favorite tip for better tumblring, let us know on Tumblr!