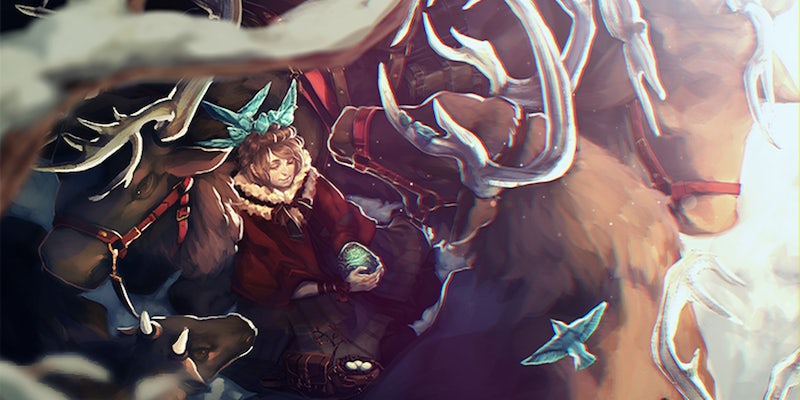 'I wish I ate pixels because I would eat my entire dashboard.'

The artist known as ofsparrows has been making waves in the Tumblr art community for a little over a year now—ever since she began producing gorgeously stylized animated works like these:

“Breakfast sorcery: the only superpower I want to have.”

“Dear diary, I still don’t know how to mountain (or tree, or waterfall). Send help. “

These eye-catching “still” lifes and landscapes are exciting partly because they’re so simple: gorgeous design with a twist of subtle GIF animation that makes the art feel alive.

“My first actual GIF was of a small fart cloud emerging from Morrissey’s bottom. It seemed important at the time.”

“I have no training in animation whatsoever,” ofsparrows tells the Daily Dot via email, “and it terrifies me to think that Actual Animators may or may not have seen the things on my Tumblr and are judging me very hard, possibly right as I type this. I’m really sorry for ruining everything. Sorry. Sorry!!”

Perhaps it’s because she has no formal animation training that she’s needlessly humble, but that self-taught quality seems to give her pieces vigor—and they’ve evidently caught on. Her most popular works have racked up notes and reblogs in the hundreds of thousands.

“I like to think that Howl and Calcifer just sat down and had tea and a chat once in a while. You would too if your fireplace were a sentient fire demon. It’s one of the perks.”

“I don’t really have a favourite piece as I’m not satisfied with my drawings,” she tells us. “I drew most of pelican scrabble and it never works with the roses on perfect spring days with comically fat puffy clouds trundling away overhead, so whenever I see those that’s what I remember, which is really nice.”

“Never underestimate the vocabulary of a seabird.”

If you’re not hooked at this point, you should be. Here’s what else sparrows had to share with us.

Can you tell us a little about yourself and your art background?

My name is sparrows and I’m an illustrator! My art background is probably a plain white wall with a small child sat at the bottom of it industriously smearing nose bogeys onto pristine white paint.

Do you come up with the ideas for your subjects first and then animate them, or do you think about the kinds of scenes you’d want to animate first and then go from there?

“I wish I ate pixels because I would eat my entire dashboard.”

In my case (and I imagine this isn’t uncommon), when trying to come up with something to draw what generally shows up is a small movie scene, with a small backstory. You have to sort of decide which part of the scene you’re going to illustrate, but most of the little details are lost. The nice thing about gifs is that you now get to include a tiny (tiny!) bit more of the thing you first saw in your mind’s eye anyway, which is very satisfying. I imagine that’s why some people are very taken by this gif thing. It’s a little pixel snowglobe world.

It never works with the roses. They don’t like being told what to do.

How did you get into animating your artwork to begin with?

No word of a lie, my first actual gif was of a small fart cloud emerging from Morrissey’s bottom that I sent to a friend for reasons neither of us can recall. It seemed important at the time. I looked up tutorials and everything. I honestly don’t know how I ended up here either.

You frequently have to label your original artwork to clarify that specific pieces aren’t actually fanart. Why is it important to keep that distinction?

People are genuinely nice and respectful for the most part and tend to say things like ‘this reminds me of (character)’ or ‘this could be (character) and (character) in an AU’ and in these contexts it’s really fun to see which unexpected fandoms pop in to say hello.

However, when your piece gets completely co-opted into a fandom with no indication of the fact that it was ever an original, it feels absolutely awful. At the heart of it, having your work reblogged as fanart is someone saying that your original work is someone else’s original work. That they don’t give two shites about all the time and effort that’s gone into piecing together this little scene of yours; it’s more important that someone in the picture slightly reminds them of their fave of the moment and that they have a new piece of fanart to add to their fandom. It’s rude and kind of selfish and genuinely feels like they’ve spat in your face and run away with your drawing. 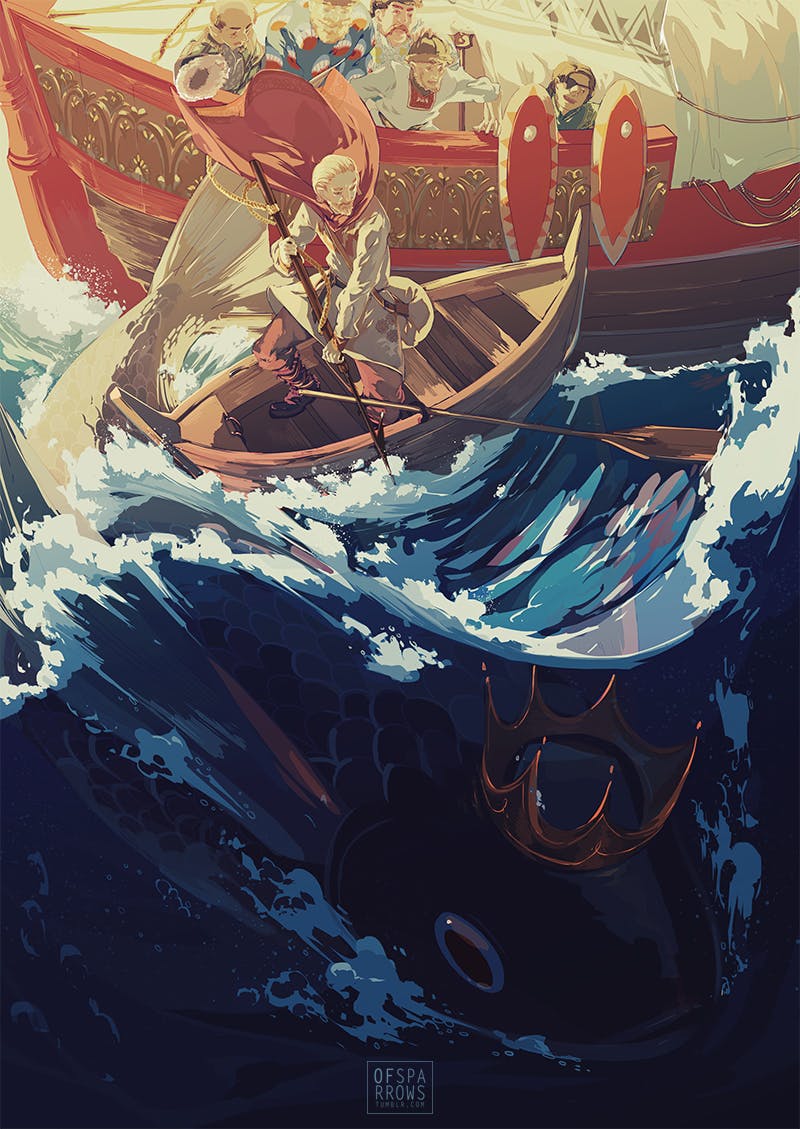 To add insult to injury, the first indication that your drawing’s been seized upon by a fairly large fandom is when you open up your inbox to a barrage of messages from people who are very upset that you haven’t drawn (character) accurately, and you think ‘What? But I haven’t drawn any fanart’ as you check the tags…

Do you think the culture of Tumblr helped you or impacted your artwork in any way?

Had it not been for Tumblr I think all of 50 people would have seen my drawings and that would have been the end of it, so I am very grateful to everyone who’s ever reblogged my gross drawings.

Do you have any other favorite artists on Tumblr who inspire you?

This is the worst question because the honest answer is all the artists and I wish I ate pixels because I would eat my entire dashboard. Now I have to pick some. Look what you’ve made me do, you monster.