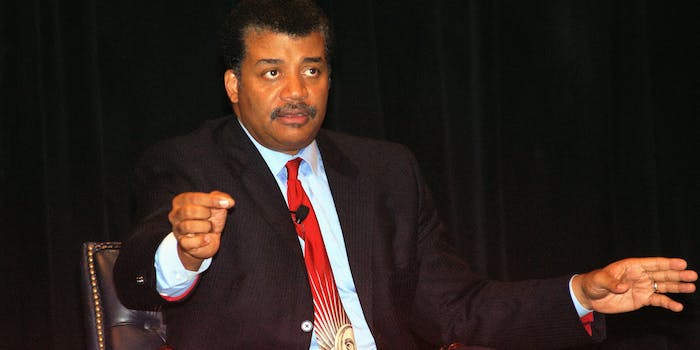 Neil DeGrasse Tyson accused the president of not knowing what science is.

President Donald Trump is likely to withdraw from the Paris Climate Accord this week, and Neil deGrasse Tyson—along with most people who understand the reality of climate change—is not happy.

Rather than dismantling Trump’s decision in one of his legendary tweet-storms, Tyson had a succinct reply:

If I and my advisors had never learned what Science is or how & why it works, then I’d consider pulling out of the Paris Climate Accord too.

The Paris Climate Accord is an international agreement to combat climate change. If America leaves, there’s a concern that other countries will follow suit, marking the end to realistic attempts to stave off environmental catastrophe.