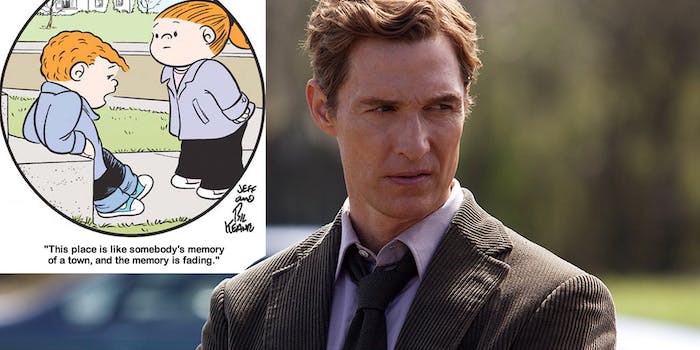 In retrospect, we always knew Family Circus would end in Lovecraftian horror.

In retrospect, we always knew all those images of a peaceful happy family were masking a dark Lovecraftian horror. 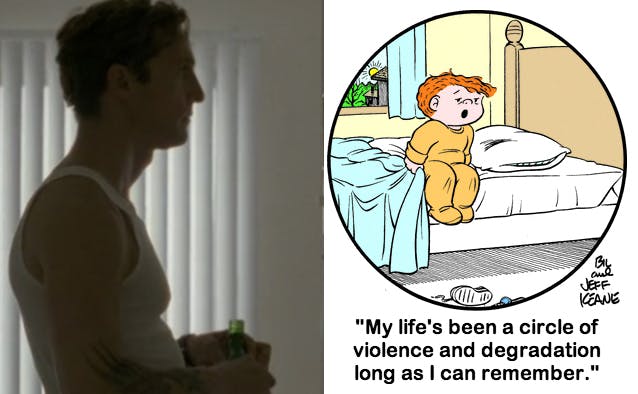 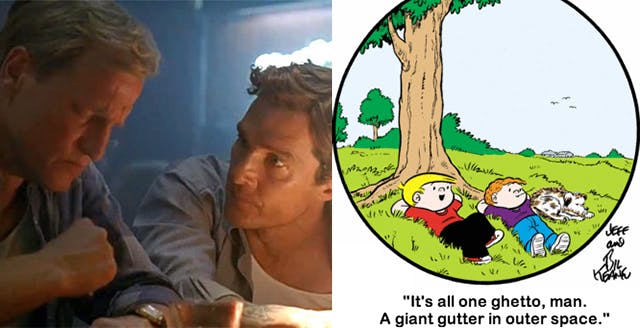 As True Detective‘s tired hero Rust Cohle reminds us, time is “a flat circle”—just like Family Circus‘ famous one-pane round strip. Is there more going on here? Are the cute, naive kids of the Keane family really world-weary travelers plagued with disaffected nihilism and existential dread?

Are the convoluted walks Billy takes as he explores his suburban jungle destined to lead him to Carcosa? 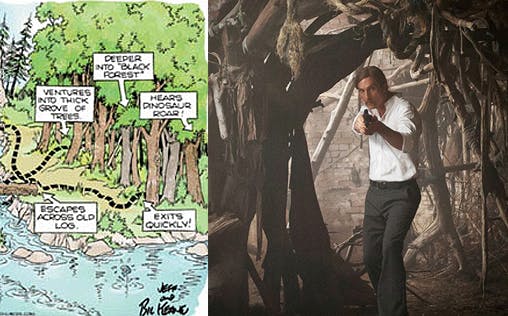 All this time we thought it was the great Cthulhu we had to be scared of, when all along the real dark horror was blissful childhood escapism.