Tumblr is weirdly obsessed with trombones and oven doors

Nobody knows why this became a thing—but it did.

There isn’t usually much crossover between viral videos your grandma shares on Facebook and Tumblr’s latest weird meme obsession. “When Mama Isn’t Home” is a rare exception.

The 15-second video shows a middle-aged dad playing trombone in the kitchen, while his son rhythmically slams the oven door. They’re playing a cover of the riff from a song called “Freaks” by Timmy Trumpet & Savage and, well, that’s it.

Over in the mom corner of the Internet, this video did the rounds as a cute example of what boys get up to when left home alone. Meanwhile on Tumblr, it’s managed to find its way into every damn fandom you can think of. Which of your favorite characters would play trombone while the other slammed the oven door? A question for the ages. 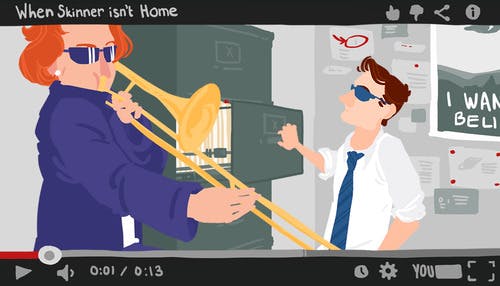 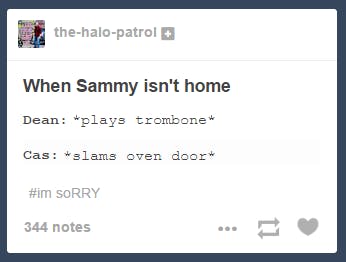 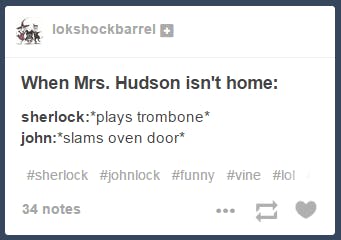 Other contributions include Avatar, Doctor Who, X-Men, Homestuck, and a seemingly endless list of anime fandoms, most of which are also accompanied by trombone/door fanart.

Who knows why the trombone/door meme became a thing on Tumblr. Who knows why anything becomes A Thing On Tumblr. But for whatever reason, this 15-second video was deemed worthy of endless repetition and remixing, from the ironic comments (“date someone who will be the trombone-player to your oven door-slammer”) to the hours of work that went into some of the fanart and mini-animations. The original creators of “When Mama Isn’t Home” know not what they have wrought. 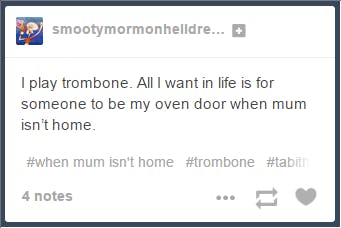 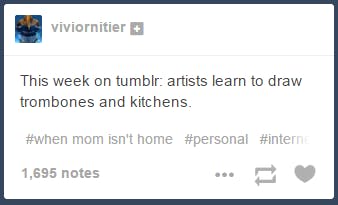