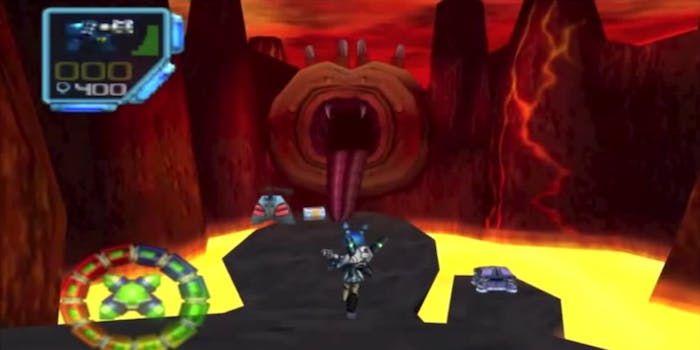 A pair of YouTubers ranked their favorite N64 music.

A pair of self-proclaimed video game music experts have created a Top 100 list of the best Nintendo 64 songs. The total soundtrack clocks in at around 260 minutes.

AccordingToSCIENCE is a YouTube channel run by a pair of brothers who fancy themselves pretty knowledgeable when it comes to the history of music in video games. It took them more than a year to listen to 2,000 hours of music from N64 games as they culled the best 100 themes from the list.

“The N64 lived through a period of rapid evolution in video game music, as synth technology came into its own. Though historically comprised of cheerful, melodic loops, video game music now had the ability to explore the scale, create unprecedented depth, and use a wide variety of sounds. Because of this added variability it’s easy to see why there is little consensus on what N64 music stands above the rest. That’s why we’re here.”

Jet Force Gemini, and the theme from the planet Eschebone, took the number one spot on the list, followed by selections from Super Mario 64, Diddy Kong Racing, Super Smash Brothers, and Perfect Dark.

The only other project on the AccordingToSCIENCE channel is a Top 50 list of Megaman songs that was posted a year ago. When there are only two people working on projects of this magnitude, we shouldn’t expect quick turnarounds on new material.