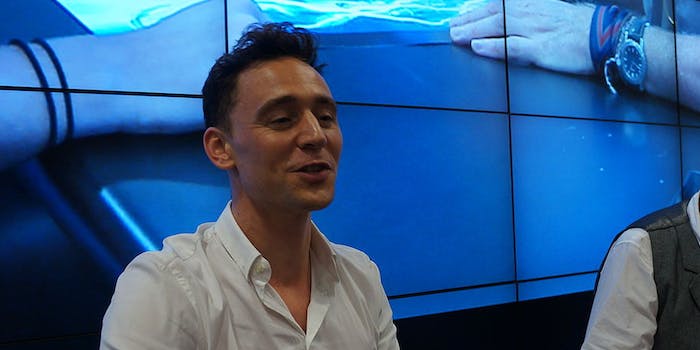 Was this just another charming Hiddleston surprise or research for a role?

To the casual Hiddleston aficionado, this already seems like typical behavior: He showed up somewhere, surprised everyone with an unexpected but charming talent, and then vanished politely after a few minutes. But Hiddleston connoisseurs may have picked up on a second element to this appearance. It was a test performance for his starring role in an upcoming biopic of country music legend Hank Williams.

Another Wheatland Music Fest pic for you @twhiddleston fans. He sang “I’m So Lonesome I Could Cry” w/@RodneyJCrowell: pic.twitter.com/GsGYaITX2f

As one of the most English Englishmen in Hollywood, the casting decision raised a few eyebrows. Since the film won’t even start shooting until next month, this footage of him singing the classic Hank Williams hit “Move It On Over” is sure to be picked over with a fine-tooth comb.

Hiddleston’s performance compares reasonably well to the original recording of the song, but we’ll have to wait until the movie comes out before making any serious judgements about his Louisiana accent.