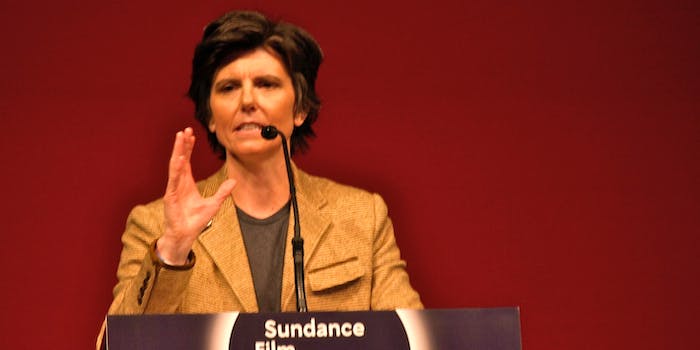 The 'One Mississippi' actress and comedian will play a Starfleet engineer.

According to Variety, Notaro will play a character named Denise Reno, Chief Engineer of the U.S.S. Hiawatha. They haven’t announced how long she’ll be on the show, but she’s described as a guest star rather than a recurring role.

This is the second casting announcement for season 2, following Inhumans star Anson Mount as the Enterprise’s Captain Pike. But while Pike is a vintage character from Star Trek’s Original Series, Denise Reno is brand new. The U.S.S. Hiawatha hasn’t appeared in Star Trek canon before, although there was a ship with the same name in a tie-in video game.

Notaro is best known for stand-up comedy, breaking through to international fame after an emotionally intense live show in 2012, when she revealed her sudden cancer diagnosis on stage. She’s appeared in various movies and TV shows including Transparent, launching her own semi-autobiographical comedy series, One Mississipi, in 2015. Star Trek is a little different from her usual fare. She has a distinctively deadpan performance style, so she probably won’t be playing your average Starfleet guest character.

Star Trek: Discovery season 2 is expected to arrive in early 2019.