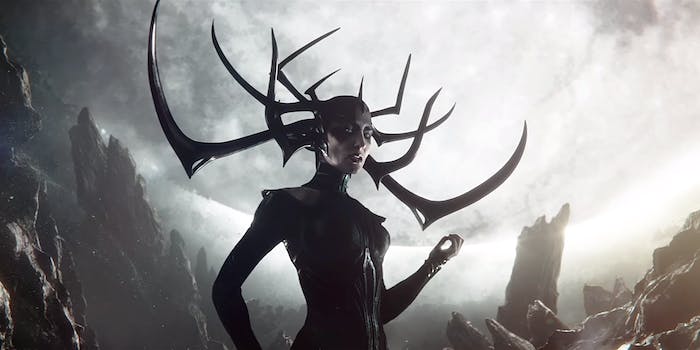 Hela’s pointy headdress in ‘Thor: Ragnarok’ was made with a 3D printer

Thor: Ragnarok’s visuals helped take it to another level, but one of the more distinct and supernatural parts of the film was created with the help of an innovative Earth invention.

Hela’s antler-like headdress has enthralled fans ever since we first saw it in the teaser trailer, and although some shots in the film were created with CG, there is a very real version of that helmet. Ironhead Studio’s Jose Fernandez sat down with Tested at DesignerCon with the headdress on display to discuss how the studio rendered it with a 3D printer and made it especially for Cate Blanchett.

As massive as the headdress looks, it’s incredibly light; Fernandez believes it only weighs 4 pounds. Just another way that Hela made taking over Asgard look easy.