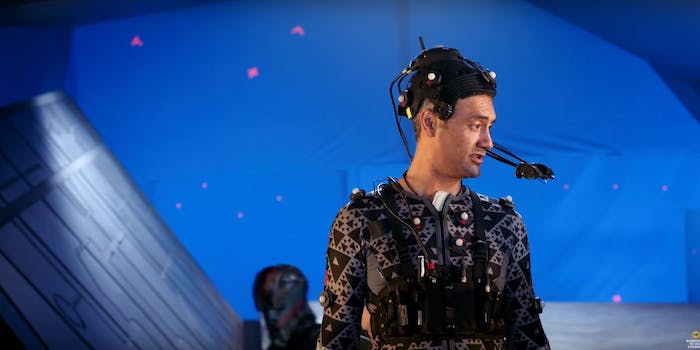 Here's the blooper reel you've been waiting for.

Taika Waititi is a gift. We knew it before, and it’s even more obvious now we’ve seen Thor: Ragnarok‘s gag reel.

Presented by Waititi himself, it’s a hilarious look behind the scenes of Marvel‘s most colorful movie, with the lead actors chatting about how fun it was to work with Waititi. Obviously, that’s not an uncommon theme in behind-the-scenes videos, but this time it really rings true. Waititi seems boundlessly charming and entertaining to work with – not to mention incredibly stylish.

This gag real is one of the special features on Thor: Ragnarok‘s home release, along with deleted scenes, some unseen Korg material, and a new Waititi-directed short film where the Grandmaster (Jeff Goldblum) moves in with Thor’s former roommate Darryl.

Thor: Ragnarok arrives on digital release on Feb. 20, and on Blu-ray and DVD on March 6.