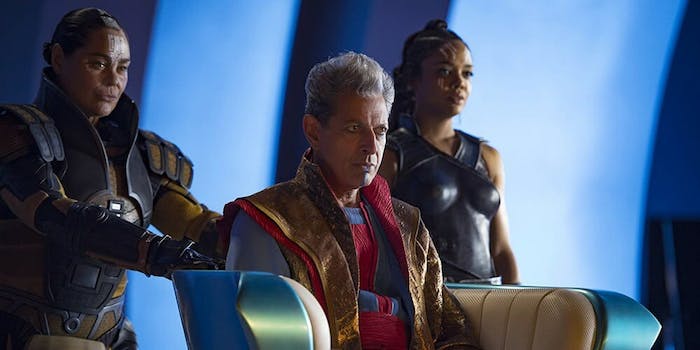 In the last deleted scene, Goldblum’s Grandmaster wrestled with a couple of sexy tentacles. This time around, he’s having a characteristically offbeat conversation with his sidekick Topaz (Rachel House). Let’s put it this way: It’s very easy to believe that most of this movie was improvised on set.

Thor: Ragnarok and its library of charmingly bizarre deleted scene will arrive digitally on Feb. 20, and on DVD/Blu-ray on March 6.