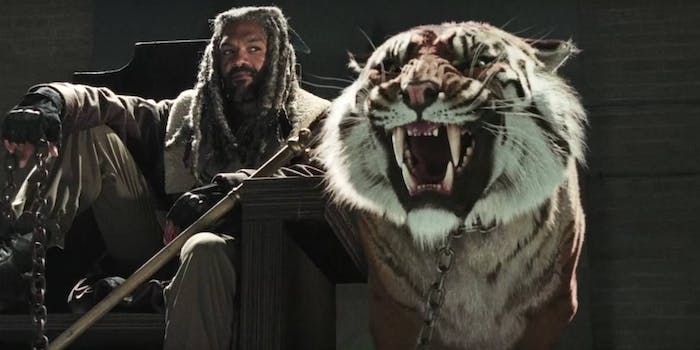 The latest season of The Walking Dead ended on a cliffhanger to end all cliffhangers in April—or possibly ended most people’s appreciation of cliffhangers. But will it all be worth it?

Robert Kirkman: S7 premiere is "absolutely worth the wait" #TWDSDCC

In the season 6 finale, Negan, played by Jeffrey Dean Morgan, toyed with our resilient group of heroes as he decided which one of them would die. He picked that person, smashed them to pieces, and the episode ended. We still have no idea whether Negan picked Glenn—as he does in the comic books—or went with someone completely different, and the cliffhanger itself pissed off a lot of fans.

The cast of The Walking Dead joined Kirkman, showrunner Scott M. Gimple, producers Greg Nicotero, Gale Anne Hurd, and David Alpert at San Diego Comic-Con, where they released the first trailer for season 7. And while we’re no sooner to learning just who met Lucille (although it certainly won’t stop people from trying to figure it out), we do get to meet King Ezekiel, the leader of the Kingdom, another community of survivors who aided Carol and Morgan at the end of last season—and Ezekiel has a tiger.

The Walking Dead will return on Oct. 23.