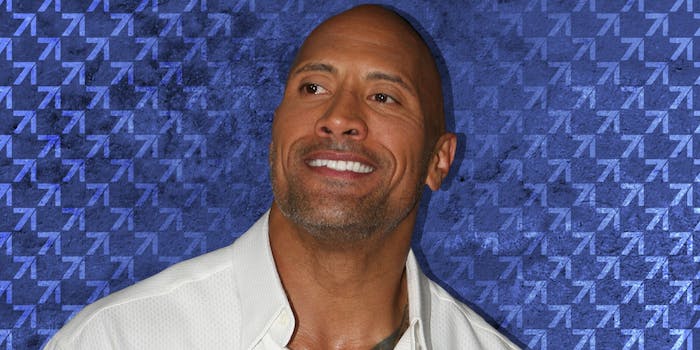 The Rock’s latest gift might make him the perfect superhero

When his daughter isn’t pooping on his head, The Rock is one of the most suave celebrities in the world. He was recently named People’s Sexiest Man Alive, and he’s also shown a penchant for cosplay.

Both attributes fit nicely into the latest gift he received: A Superman costume given to him by TV producer Casey Patterson that apparently came to him “straight from the super secret vaults of Warner Bros.”

As far as we know, the Rock isn’t scheduled to play the role of Superman in public. But if his daughter liked him dressing up as Pikachu, she’ll probably love him as Superman.