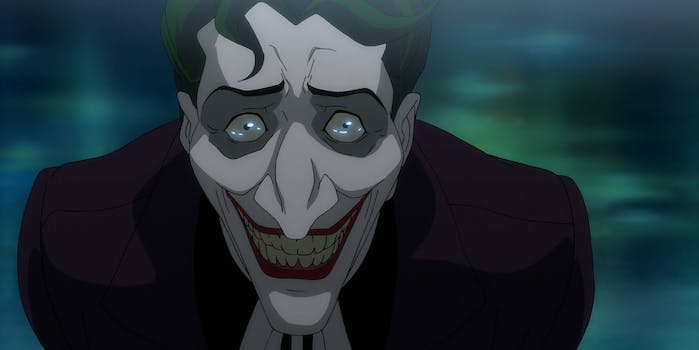 Photo via The Killing Joke

The Honest Trailer for the ‘Batman: The Killing Joke’ movie is brutal

'The joke's on you in this wannabe edgy misfire.'

The animated adaptation of The Killing Joke was, in a word, disappointing. After years of waiting for a movie version of the iconic Batman comic, fans were presented with a clunky and sexist adaptation with a bunch of new (and totally unnecessary) second-tier villains.

The Killing Joke‘s Honest Trailer demolishes the movie in less than four minutes, from Batgirl’s embarrassingly stereotypical gay friend to the weird and out-of-character Batman/Batgirl “romance.”

“The joke’s on you in this wannabe edgy misfire.” Ouch.