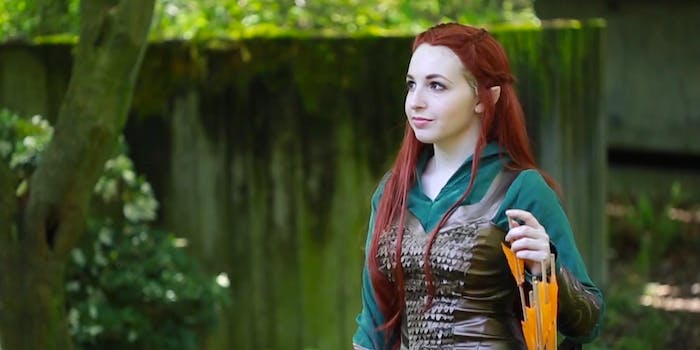 The Hobbit team just can't get enough of what cosplayers have done with their work from the film.

The latest episode of YouTube documentary series Cosplay Boom reveals that the creative effects team of The Hobbit loves cosplayers as much as cosplayers love the characters in Middle-earth.

Richard Taylor, the co-founder of prop and special effects company Weta Workshop, told Cosplay Boom that it’s inspiring to see people who went through the trouble of creating replicas of costumes that came from his imagination.

“When you’ve toiled to create a film and create the characters within a film along with a large team of people back home, and then to come halfway across the world and find young people so inspired by the films, and the characters, and the designs that they’ve gone to the trouble of making their own costumes, that is amazingly impacting on people like myself,” he said.

Concept artist Lindsey Crummett said that seeing all of The Hobbit cosplay re-inspired her and reminded her how much fans love what the team does. It’s something she said can be easily forgotten when stuck in your cubicle at work.

“Seeing some of the dwarves and I remember designing their hair and stuff like that and being a part of how the costume developed, and then seeing it on somebody else and they’ve replicated it perfectly is really amazing,” Crummett said.

The Hobbit team also offers some advice for aspiring creatives. Watch the full episode and hear from some of the cosplayers inspired by Middle-earth in the video below.