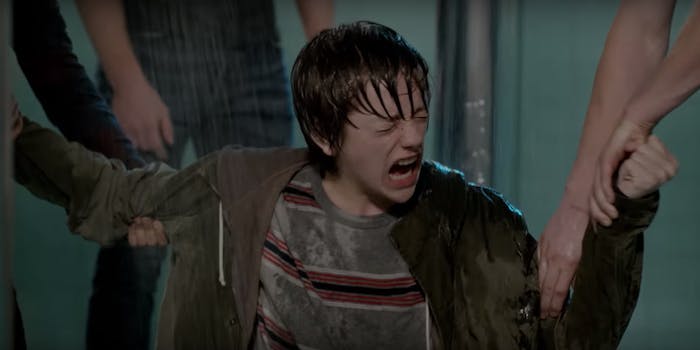 This new 'X-Men' show takes place in a present-day setting where mutants are arrested and imprisoned by the government.

Following the super-short teaser trailer, the first full-length trailer for The Gifted is here.

This X-Men spinoff series offers a new perspective on the franchise, taking place in a world where mutants risk arrest and imprisonment. Stephen Moyer stars as a district attorney who prosecutes mutants, but his life changes when he discovers his children have powers. He and his wife (Amy Acker) decide to go on the run with help from mutant rebels led by Marcos Diaz (Sean Teale).

According to this trailer, the X-Men and Magneto’s Brotherhood of Mutants are mysteriously missing from the world of The Gifted. However, one of the main characters may have a Legion-style connection to the main franchise. Polaris (Emma Dumont), who appears briefly at the beginning and end of the trailer, is Magneto’s daughter in the comics, and has magnetic powers like her father.

The Gifted was created by Matt Nix, but has all the hallmarks of Bryan Singer‘s X-Men franchise: authoritarian villains, bullied teens, and white protagonists in a story about bigotry and oppression. The show will air on Fox, sometime in the 2017-18 season.