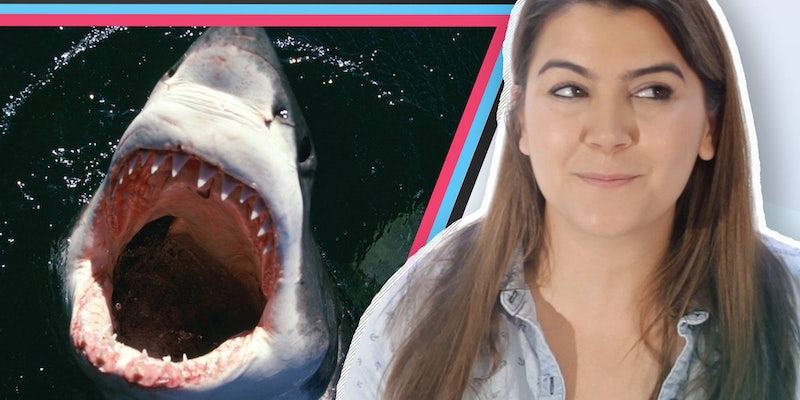 Screengrab via The Geek Awakens

I watched ‘Jaws’ for the first time, and I’ll never go to a beach again

Also, why is Richard Dreyfuss dressed like a Brooklyn hipster?

On this week’s episode of The Geek Awakens, I watched Jaws. As a kid, I remember my mom telling me that it scared her so much that she avoided the beach for days (she loves to rock a good tan, so this was a big sacrifice).

If you’ve seen this show before, you know I don’t like scary movies. Watching Jaws was never a priority for me.  But I’m glad I did.

Was it scary? YES! But I was also really impressed. The story was great, it was action-packed, and I was on the edge of my seat the whole time.

Will I ever go to the beach again? Probably not. But sand is gross, so I’m OK with it.

If you dig our show, consider subscribing on YouTube, or liking our Facebook page to get new episodes right in your feed.

In the last episode of TGA, I watched The NeverEnding Story for the first time, and it was weird… in an ’80s sort of way.