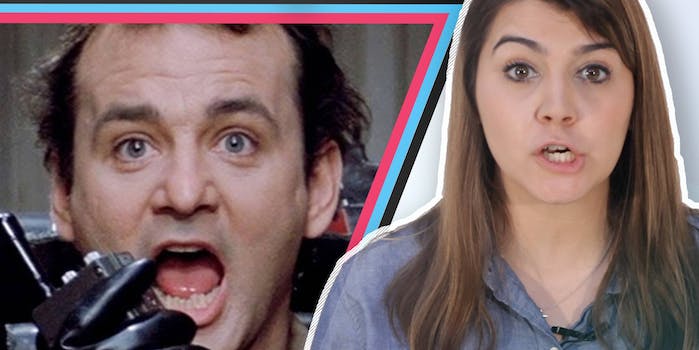 I watched ‘Ghostbusters’ for the first time, and it turns out I am afraid of ghosts

'Total Protonic Reversal' is totally the name of my new punk band.

On this week’s episode of The Geek Awakens, I watched Ghostbusters. Fun fact: I have seen Ghostbusters II, but I never saw the original. I really don’t understand my childhood.

You guys, Ghostbusters was awesome. The movie is a comedy, and while it wasn’t super scary, there were a few parts that made me jump. For a movie that is over 30 years old, the graphics still hold up pretty well. Also, could this cast be any better? I think not.

In the last episode of TGA, I watched The Matrix for the first time, and it was epic.