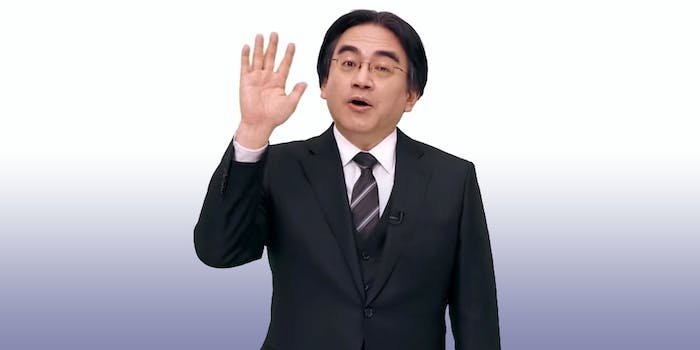 The beloved video game icon was given a wonderful recognition.

If there is a gaming story that will define 2015 in the annals of history, it was the loss of Satoru Iwata, former President of Nintendo.

Last night at The Game Awards, host Geoff Keighley introduced a video tribute to Iwata, preceded by the story of his meeting Iwata six weeks prior to Iwata’s death, and followed by a memorial from Nintendo of America President Reggie Fils-Aimé.

Iwata was a beloved icon, a man who straddled the line between engineers, businessmen, and video game fans themselves by wearing all three hats. The Nintendo DS and Wii were created under his leadership, and they radically altered the landscape of the video game industry. His death at 55 followed an extended illness, but it still came as a shock to fans and the industry.

Kotaku captured the presentation and uploaded it to YouTube.