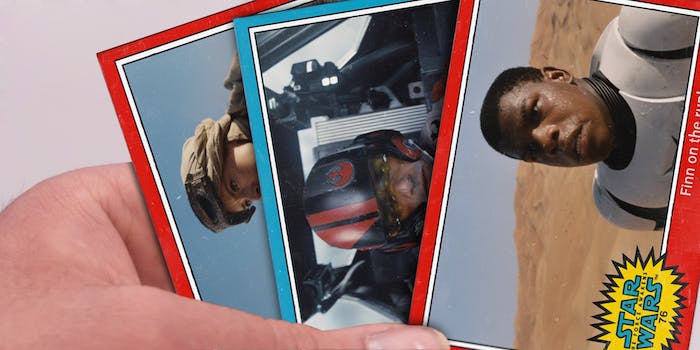 Abrams and Kennedy released the names of the new characters debuting in The Force Awakens through a series of retro cards provided to Entertainment Weekly. Each calls back to the Topps trading card company, which released five sets of collectable cards that featured characters and scenes from A New Hope back in 1977. The new cards mimic two of those five sets, with the red and blue borders.

Although the photos on the cards don’t show any new scenes from the film—all nine cards are taken from the first The Force Awakens trailer—we get something new from the tight-lipped production: character names. 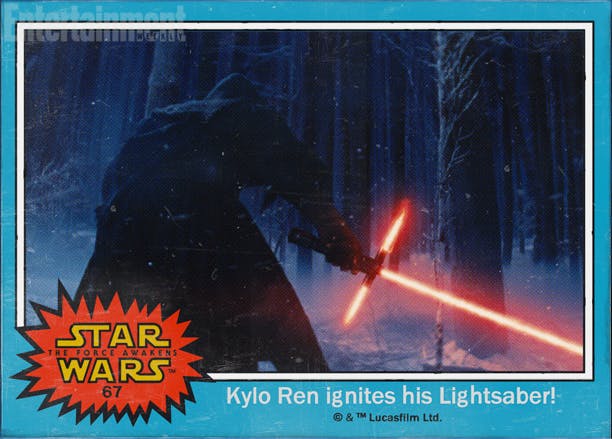 One of the big revelations isn’t in the characters name, but rather the captions. When the trailer debuted on Black Friday, some Star Wars fans speculated that the character shrouded black with a controversial lightsaber, was actually portrayed by Game of Thrones’ Gwendoline Christie. Now we know that Kylo Ren is a “he,” though we still have no idea which actor is portraying the new Sith.

That soccer ball-looking droid is not just a soccer ball anymore. The droid’s called BB-8, and it’s got a mission to complete.

Although there’s no signs of the older cast or any information regarding other new cast members, the biggest debate might come with the three human (or seemingly human) characters and their names. Oscar Isaac’s Poe Dameron gets a full name, but Finn and Rey (John Boyega and Daisy Ridley respectively) don’t even get surnames this time around. Those names are sure to rise in popularity for new parents in the next few years.

Anyone else think Poe (Oscar Isaac) might be a bad guy in 'Star Wars: The Force Awakens'? http://t.co/OFFLmZhuwx pic.twitter.com/EgrxfvU7kR 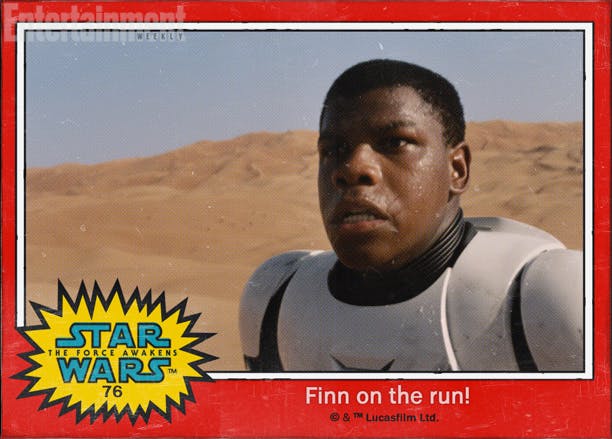 Finn’s already becoming a popular baby name, having jumped from 835 to 250 in the past 13 years, according to official Social Security Administration records (thanks in part to Adventure Time and Glee featuring characters named Finn). For now, Rey’s exclusively been part of the boy’s club and Poe doesn’t even chart in the top 1,000 names.

With Rey in particular, a lack of a last name may fuel already popular theories that she’s the daughter of Han Solo and Princess Leia. Earlier rumors that Ridley’s character had the name Kira have been squelched. 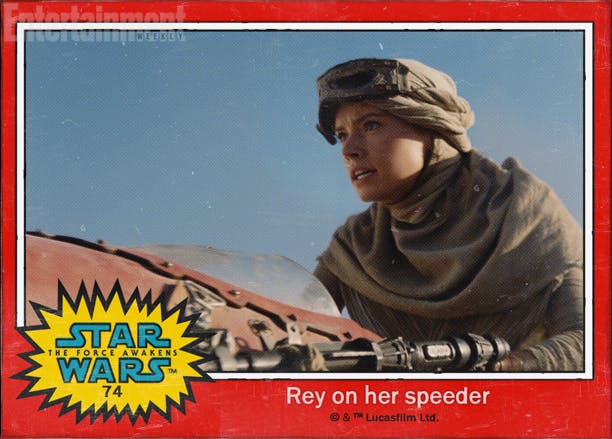 Check out the rest of the new character photos over at Entertainment Weekly.