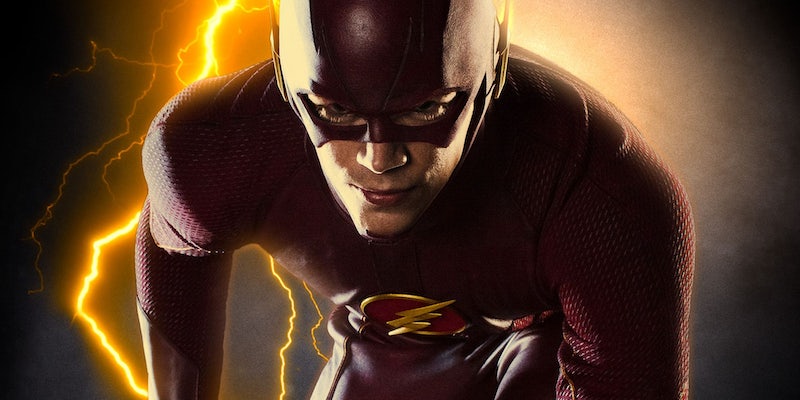 ‘The Flash’ looks like a romp in its first series trailer

In a dark DC Universe, 'The Flash' could actually be fun.

The first trailer for The Flash is here, and it looks really, really… fun. Meaning that while it doesn’t actually tell us much about the show’s plot, it feels like a breath of fresh air after the brutality and trauma of Gotham and Constantine.

The Flash is a TV show about a cute guy who can run very fast and genuinely seems to revel in his cool superpowers, making this the most cheerful DC Comics adaptation in years. It’s also a spinoff of Arrow, so it’s also the closest thing DC/Warner Brothers have to an expanded universe at the moment.

The main character, Barry Allen, briefly guest starred in Arrow, where we see the bare bones of his superhero origin story: a lab accident involving a lightning strike and a particle accelerator, because why not embrace cliche? His solo series will presumably explore that in a little more detail, but it seems promising that they’re sticking with the slightly cheesy, old-school subtitle of “fastest man alive.”

This trailer immediately sets The Flash apart from the other two upcoming DC Comics TV series. Gotham and Constantine are unavoidably dark, with Constantine being full of Supernatural-esque horror imagery while Gotham is virtually indistinguishable from most gritty urban crime dramas. The Flash is unabashedly a costumed superhero show, distancing itself from the grimdark reboot genre by being colorful, taking place during the daytime, and focusing on a protagonist who isn’t weighed down by angst.

If you’re tired of the “gritty realism” side of comicbook adaptations, The Flash is definitely your best choice until Marvel’s Defenders Netflix shows come out next year.