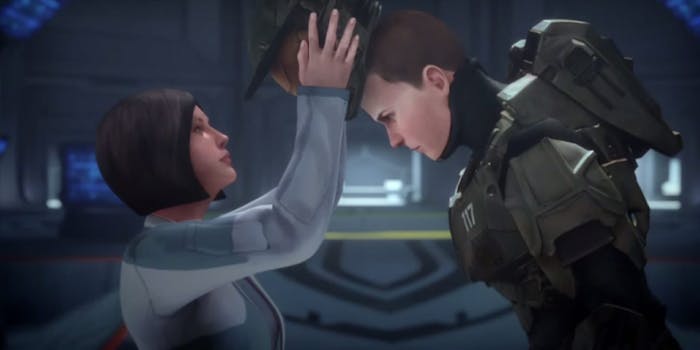 Halo 5 to include animated version of beloved origin novel, ‘Fall of Reach’

This is some serious fan service for long-term Halo lovers.

You will enjoy some of the best Halo fan-service in years, if the animated adaptation of The Fall of Reach included in the limited edition of Halo 5: Guardians is faithful to the novel.

Microsoft unveiled on YouTube today a trailer for the animated adaptation of Eric Nylund’s novel The Fall of Reach. Released in 2001, it told the origin story for the Master Chief, also known as John 117, and detailed the tragic destruction of humanity’s last line of defense against the genocidal Covenant, the planet Reach.

The Halo anime anthology Halo Legends, released in 2010, was a quality collection of Halo side stories. Marvel Comics also released a fantastic graphic novel adaptation of The Fall of Reach in the same year. All the pieces are in place for The Fall of Reach animated film to be a great addition to the Halo universe, if Nylund’s compelling storyline is adhered to.

Nylund’s novel begins with the very beginnings of the Spartan-II super soldier research program, that involved tracking down exception children, kidnapping them from their parents, and pressing them into military service. The Fall of Reach then traces Master Chief, known as John 117 in the Spartan II training program, his closest relationships with fellow Spartan soldiers, and the Spartan’s first deployment.

The tie-in to the upcoming Halo 5: Guardians is contained within these portions of the story. Blue Team, the Spartans that fight alongside Master Chief in Halo 5—Fredric-104, Kelly-087, and Linda-058—are all characters from The Fall of Reach.

The animated adaption of Nylund’s novel is slated only to be released with the limited edition of Halo 5, as one of several extras included in this $100 edition of the game. 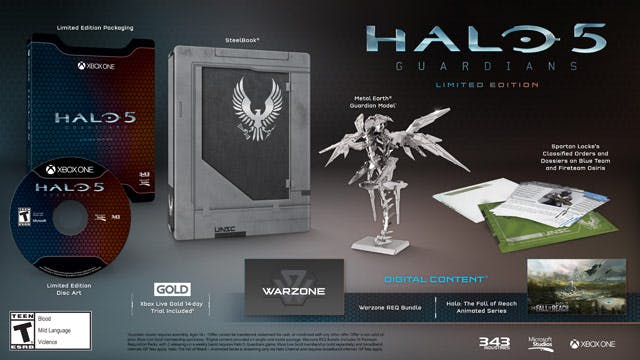 Microsoft will almost certainly offer The Fall of Reach as a separate purchase for Halo fans, much like Halo: Nightfall was packaged with The Master Chief Collection, and later released on Blu-ray.

Halo 5: Guardians will be released exclusively for the Xbox One on Oct. 27.