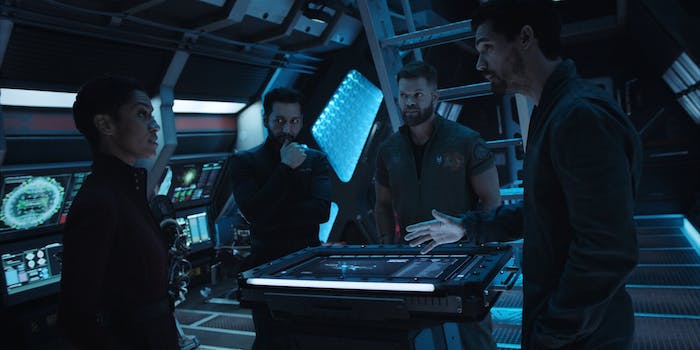 ‘The Expanse’ season 4 premieres to a packed room at NYCC

Amazon Prime premiered the first episode of season 4 of the sci-fi show The Expanse to an enthusiastic crowd at New York Comic Con on Saturday. The 10-episode season arrives on the streaming service on Dec. 13, and it marks the first season since the series moved from the Syfy network to Amazon.

Based on the novels by James S. A. Corey, The Expanse is set in the future, when the Solar System is colonized and peace between different planets is at stake. After the premiere, several cast members, along with showrunner Naren Shanker, took to the stage for a short panel.

The first episode of the new season is a promising start to a new chapter in the space opera, as the crew aboard the Rocinante and land on the newly discovered planet Ilus. The episode ends on an eerie note. Ilus holds terrors that no one expected, and it seems that this season will highlight the danger of exploring this and other new worlds.

You can watch the new teaser trailer for The Expanse below.