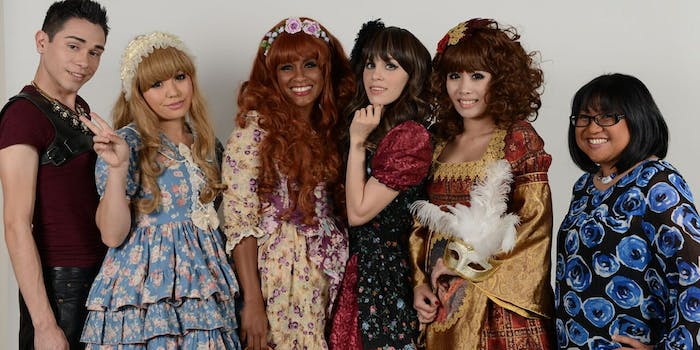 These geek girls are bringing their love of Japanese street fashion to U.S. television.

“One day I will have you,” Ashphord Jacoway says with a sigh when I ask if she owns any of the dresses she’s been wearing.

“I own one,” her friend Stephanie Sandmeier tells me proudly, adding that she “worked really hard” to save up the money.

Jacoway and Sandmeier are “dolly” models, walking the runway on weekends for the growing U.S. version of Japan’s longstanding street fashion industry. Since the ’90s, the most well-known of these, Lolita, has spread through international anime culture along with dolly and other styles, featuring clothes that combine modern Tokyo fashion with cute vintage aesthetics. Lolita in particular is known for its ultra-feminine dresses, ruffles, bows, and rich fabrics you might find on an antique doll. At conventions around the country, fashion shows highlighting these styles are important ways of getting niche designers in front of their fanbases.

Based out of L.A., Jacoway, Sandmeier, and other models regularly show off gorgeous hand-sewn dresses worth hundreds and even thousands of dollars. Now their hobby has gotten them a stint on reality TV, and a chance to take their passion for fashion to a whole new audience. 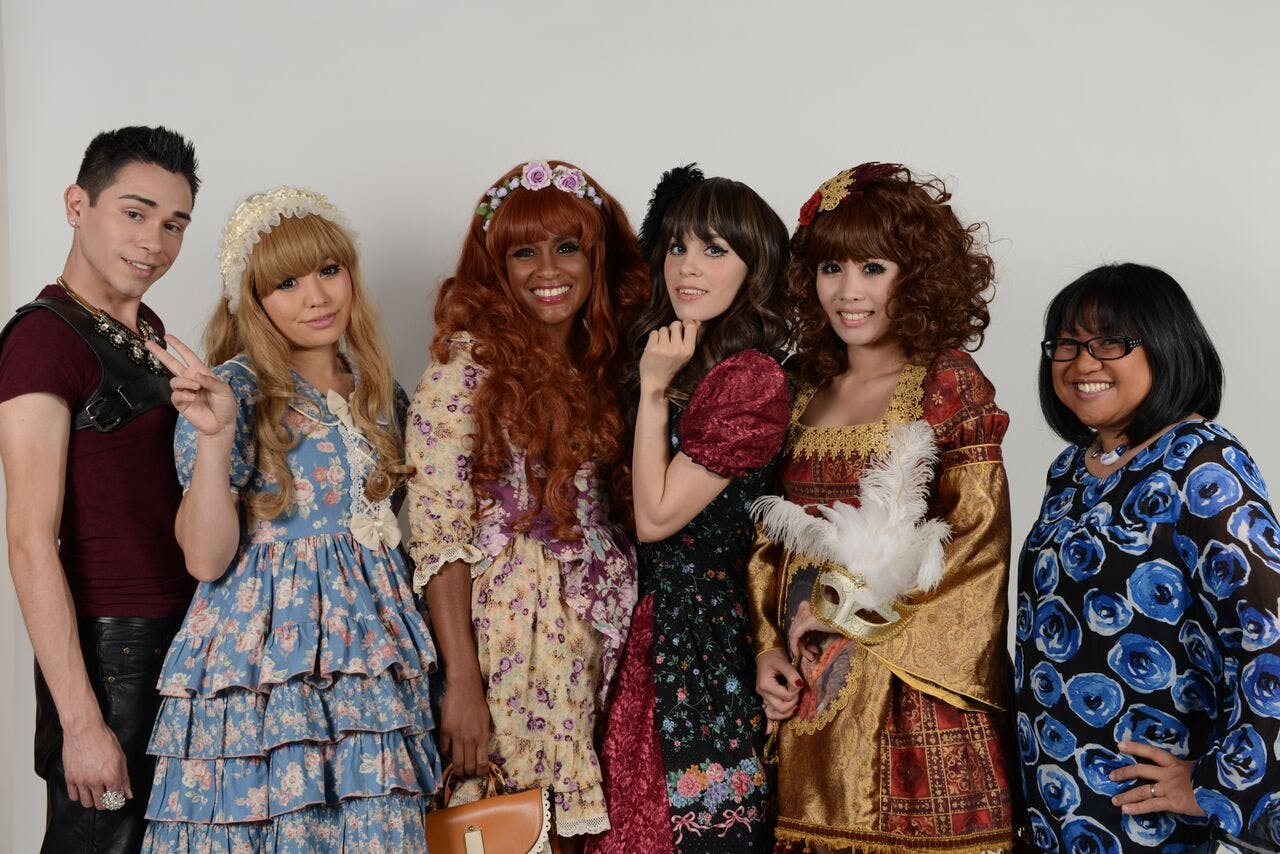 Myx TV is a new network devoted to showcasing Asian-American cultural influences from around the world. Its new show The Doll Life takes you behind the scenes of Japan’s Lolita and couture street fashion culture, introducing you to a team of models led by dolly designer Cyril Lumboy, the creative force behind the popular dolly designer Doll Delight.

The Doll Life starts Oct. 20, with episodes to be available online at the Myx website. Here’s an exclusive clip of the upcoming series, which features Jacoway and Sandmeier as two of Lumboy’s team of models:

Lumboy’s designs, most of which she sews herself, straddle the style line between Lolita fashion and its many variants and dolly style. To the untrained eye there might not be much difference, but there are basic variations. “Classic” Lolita fashion tends to favor shorter skirts, lighter color, and lots of trim and lace, while other street styles like Gothic Lolita and mori tend to darken the colors and lengthen the hemline. Dolly combines these impulses, tending towards less lace, and heavier patterns for a more antique aesthetic. 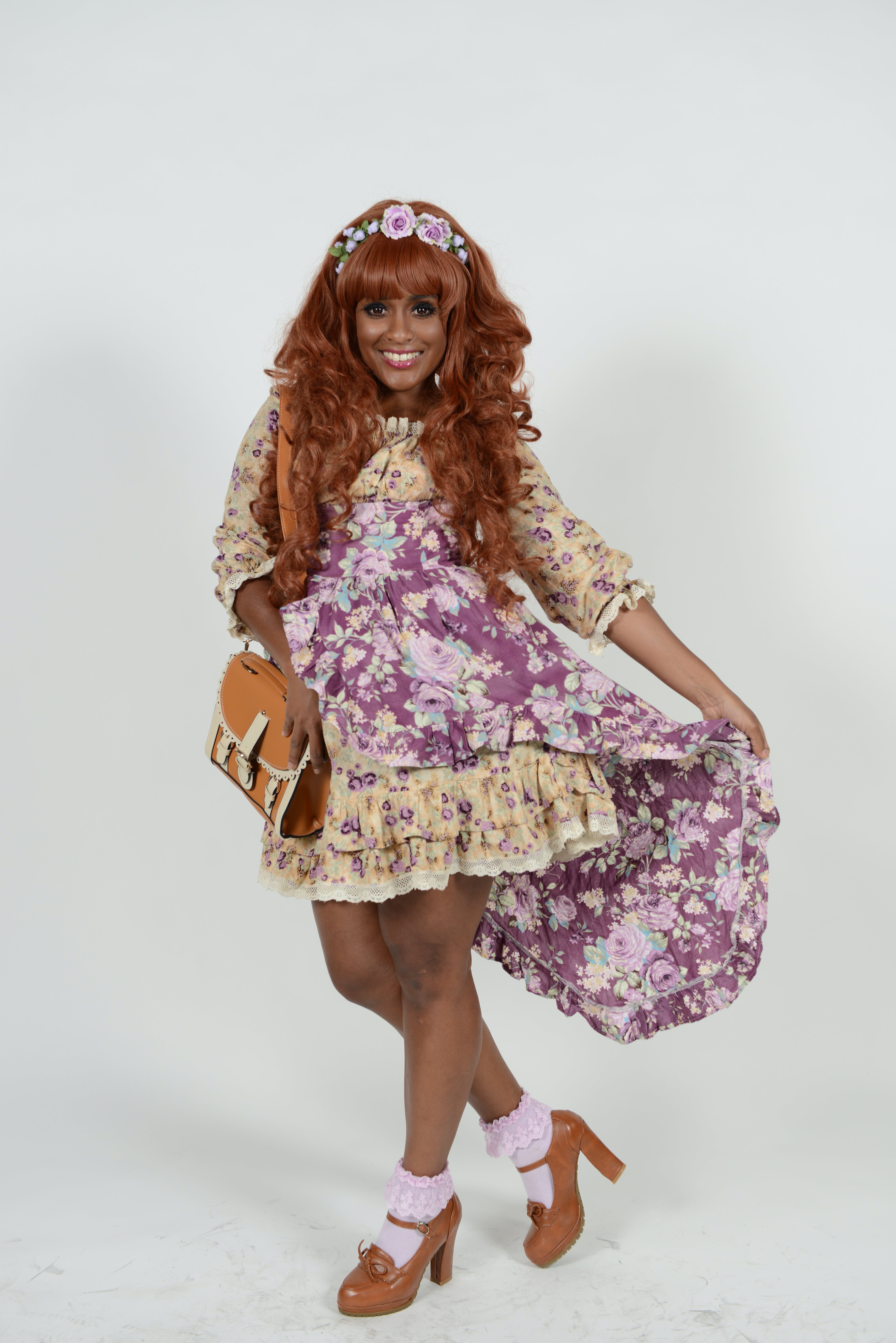 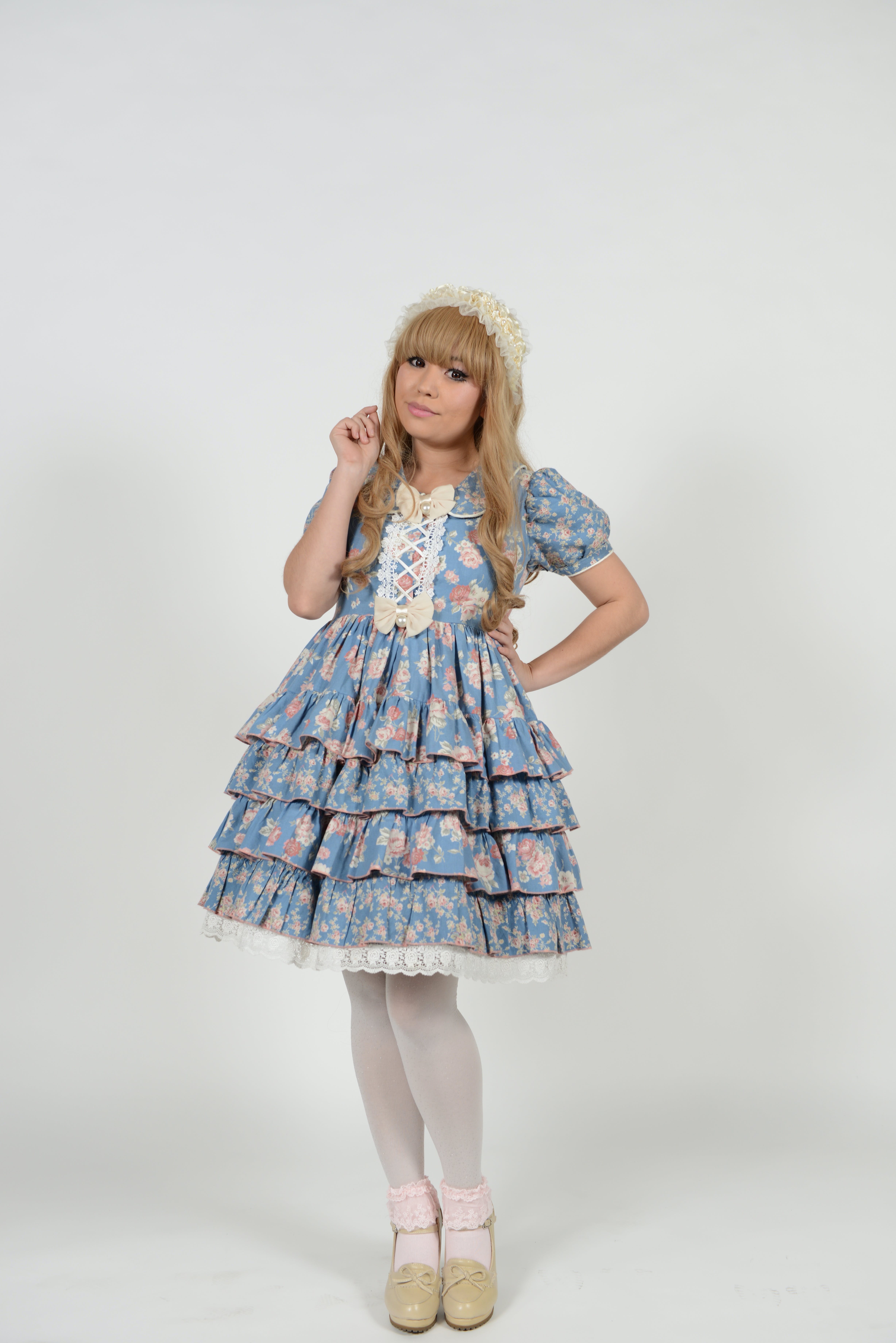 “I got into it for fun,” Sandmeier said. “It was like, hey, this designer’s looking for models, and I just kind of feel like dressing up like a girl.”

Both women are heavy into the geek scene: Jacoway works for a theater group and runs Chocolate Covered Cosplay, a cosplay group for women of color that’s a familiar sight on the convention circuit. And when she’s not modeling, Sandmeier manages an L.A.-based J-rock band.

Jacoway likewise got into the culture through J-pop. (She tells me her favorite band is the iconic Japanese rock band The Pillows.) Her brother was an early J-pop fan, and when she delved into the culture, which is heavily intertwined with Japanese street fashion, she realized, “I can dress like this all the time!”

Both models told me they’re excited the once-narrow couture subculture is broadening to embrace all kinds of fashion enthusiasts, from plus size “marshmallow girls” to men wearing Lolita dresses, known as “brolitas.”

“I’ve always wanted to be a model,” Jacoway tells me, “but for conventional modeling I didn’t get much of an opportunity because of just the way my body has always been.” Modeling dolly and Lolita fashion has given her a way into an industry that otherwise excluded her.

Doll Delight’s designs specifically, Sandmeier said, “shows the love we have for all different types of people” of all genders and backgrounds. “They’re all able to fit into that niche.” She said that more than once during a Doll Delight runway appearance, male models were drafted to model dresses after a female model backed out at the last minute.

For both models, the dresses are the ultimate draw—even if they can’t actually afford them. Neither girl is a “lifestyle Lolita”—someone who chooses to wear Lolita or other street fashions all the time. As pretty as the look is, the fashions are costly—and most of the convention expenses come out of their own pockets. “We pretty much just break even every time we host an event or do a show,” Sandmeier said. “I try to just not have much of a social life so I can afford the hobby that I have.”

But for these models and countless other fans who’ve taken to the runway, it’s worth it. Slipping into one of Lumboy’s finely wrought high-thread-count fabrics is like slipping into the role of a princess, Sandmeier said.

“It’s like all your dreams come true at once.”