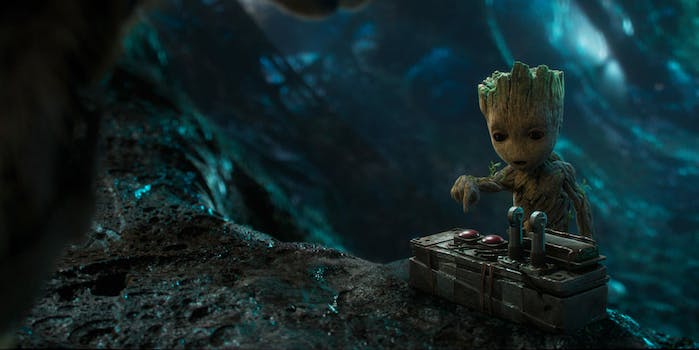 A man is suing his date for texting during ‘Guardians of the Galaxy Vol. 2’

Texting at the movie theater is a social faux-pas. But is it bad enough to draw legal action?

One Texan man thinks so. Brandon Vezmar, 37, is suing a woman for $17.31, after she texted during their date, a 3D showing of Guardians of the Galaxy Vol. 2. He accused her of using her phone “at least 10-20 times in 15 minutes” during the movie, resulting in a sub-par date experience. Now he wants her to refund the price of her movie ticket.

Speaking to the Statesman, the woman said, “This is crazy… I had my phone low and I wasn’t bothering anybody.” Apparently, the texts were directed at a friend who was having a fight with her boyfriend at the time.

Texting during movies is a controversial topic, so naturally the story went viral. It only took a couple of days to reach Guardians of the Galaxy director James Gunn, who commented on Twitter:

Why stop at suing? She deserves jail time! https://t.co/c41MWGz74M

Whatever the outcome of that small claims court case, both people now have a truly unique “worst first date ever” story to tell their friends.

Update 12:30pm CT, May 19: The bad date dispute seems to have come to a close. With Inside Edition cameras rolling, the woman gave Vezmar back his $17.31, though we’re pretty sure nobody came out on top in this situation.