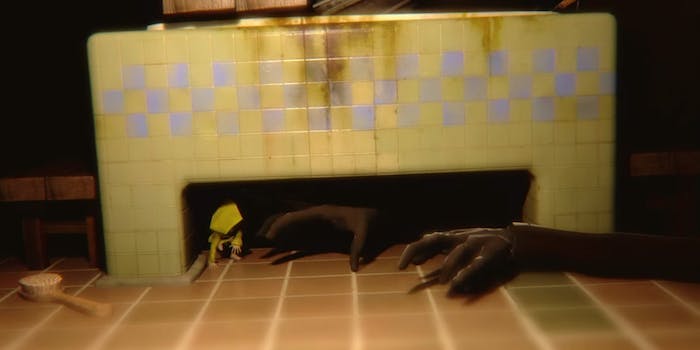 The new teaser video for Hunger reminds us of a horror movie where terrible noises are coming from behind closed doors. You kind of want to see somebody open them, but not really.

It also reminds us of Limbo, the grayscale platformer filled with giant spiders and horrible death. Hunger seems a little less on the nose, more of a psychological horror vibe—hence the Clive Barker reference—but it also smacks of there being a lot of creepy stuff we want to see, even though we might regret it later.

Tarsier Studios is a Swedish development studio that helped make LittleBigPlanet PSVita, the handheld version of LittleBigPlanet, an adorable video game franchise that promotes creativity and fun and everything wonderful.

You can see some LittleBigPlanet DNA in Hunger via the size of the main character, but otherwise Tarsier Studios seems to be going in a slightly different direction this time.