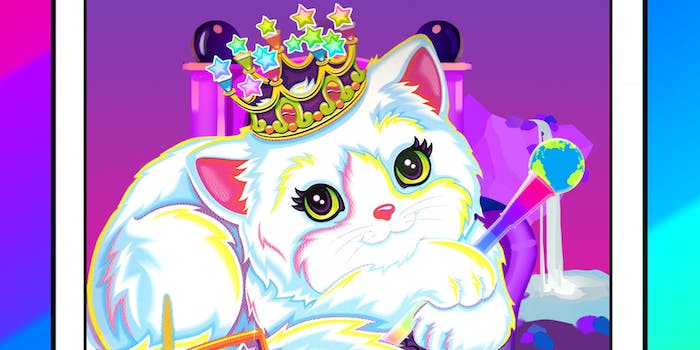 Each design choice has a purpose, and they're all fun to consider.

After visiting the Hello Kitty exhibition at the Japanese American National Museum, GIF artist and animator Ariel Hart realized that America had a similar national treasure in the form of Lisa Frank‘s kaleidoscope of colorful cartoon characters and iconic pop art.

Hart decided to celebrate Frank’s legacy with one of the most popular forms of fanart expression: tarot cards. Now, her impressive and clever Major Arcana deck has Frank fans clamoring for more. 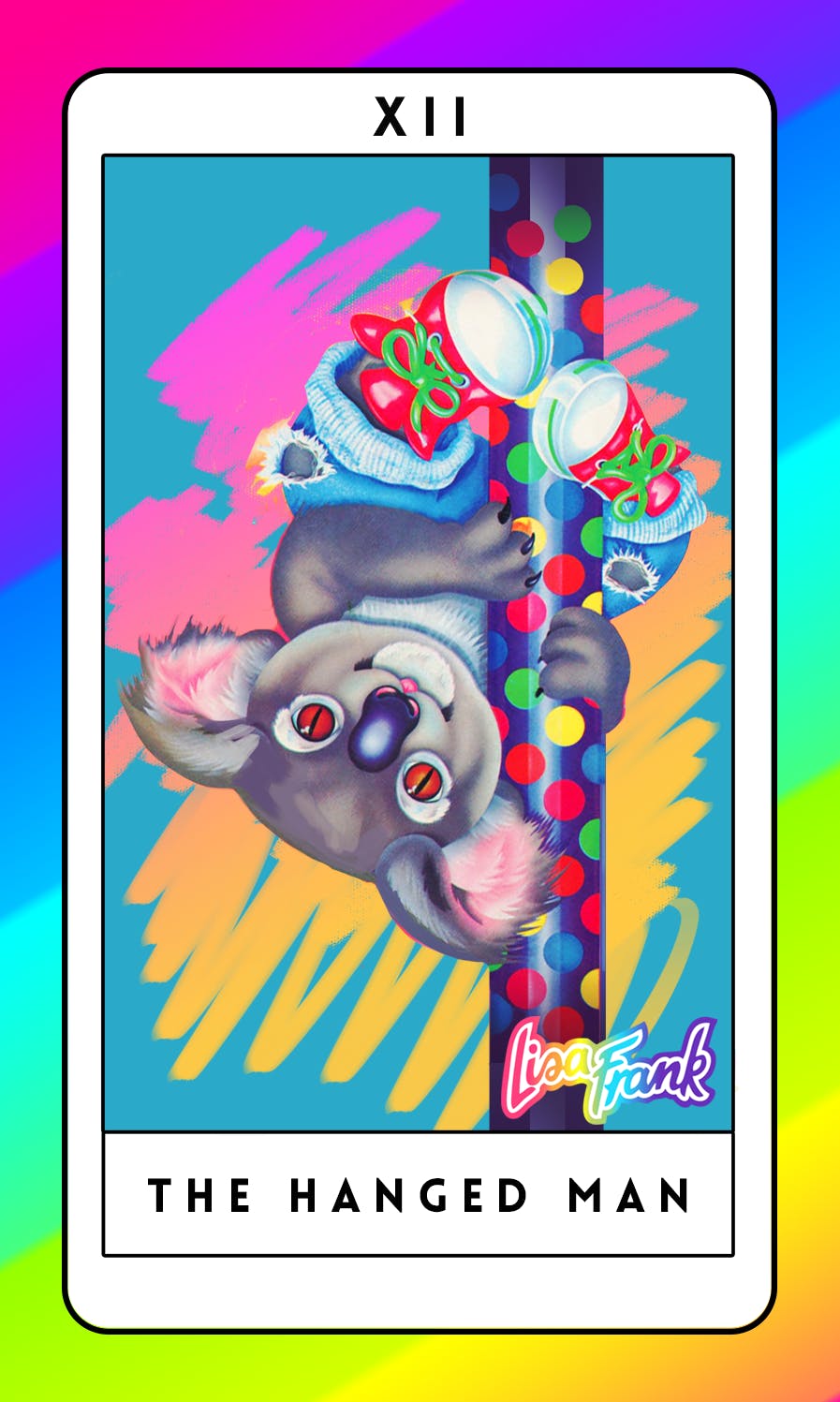 The deck combines the archetypal iconography of the Major Arcana with the images that Frank has made famous throughout her career. Cats, teddy bears, and a variety of wild creatures and fantastic beasts embody the Fool, the Magician, and the rest of the arcana. 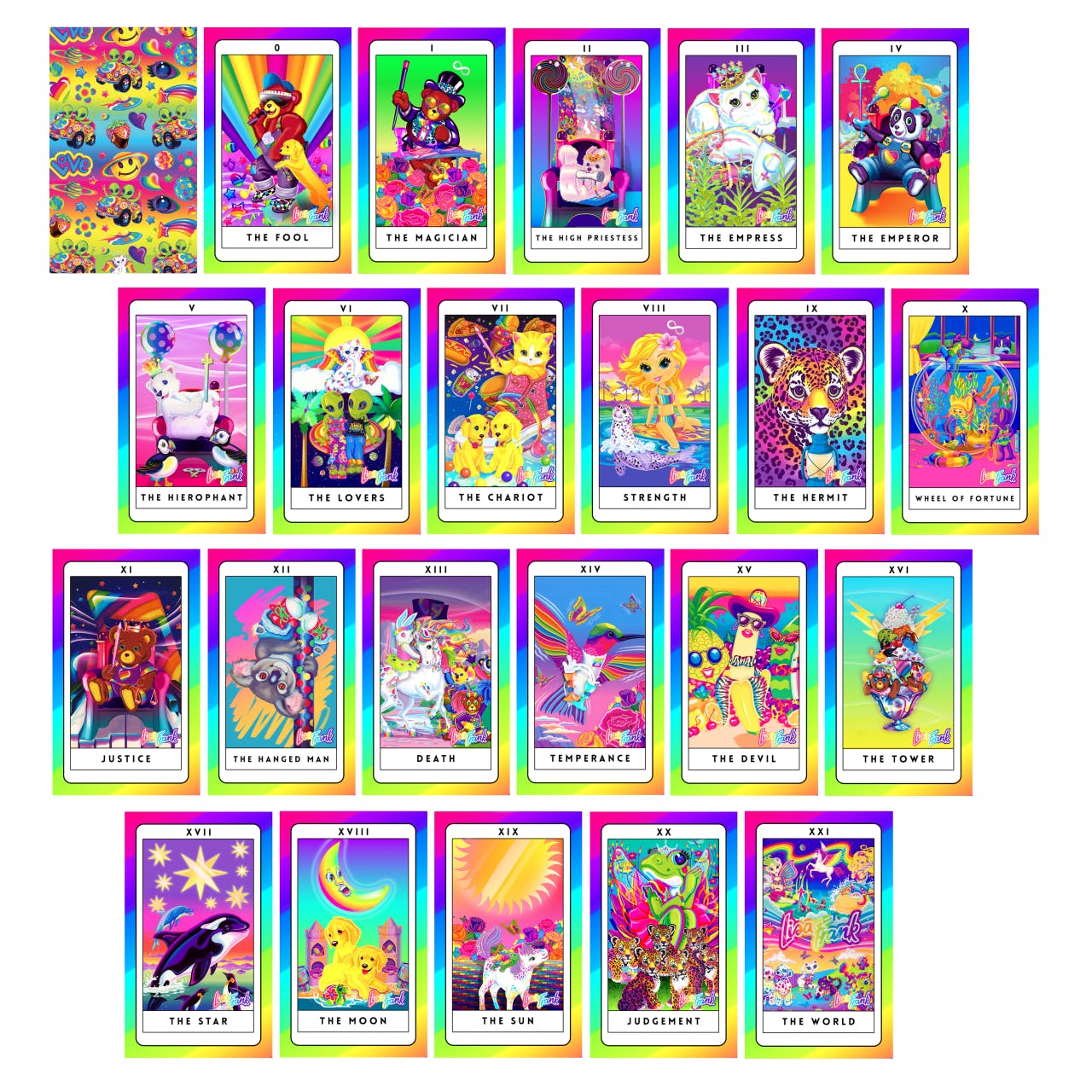 Hart’s choice of image for each card may seem haphazard, but in fact, each choice was deliberate.

After all, what could be more appropriate for the Hermit card—which symbolizes seclusion and isolation—than a leopard hiding behind its own spots? Meanwhile, Death’s rider on a black horse is now a tutu-wearing ballerina bunny-riding a sparkly maned unicorn. And instead of presiding over a few dead or dying peasants—a motif that signifies rebirth and rejuvenation—they’re partying with a bunch of raver bears. 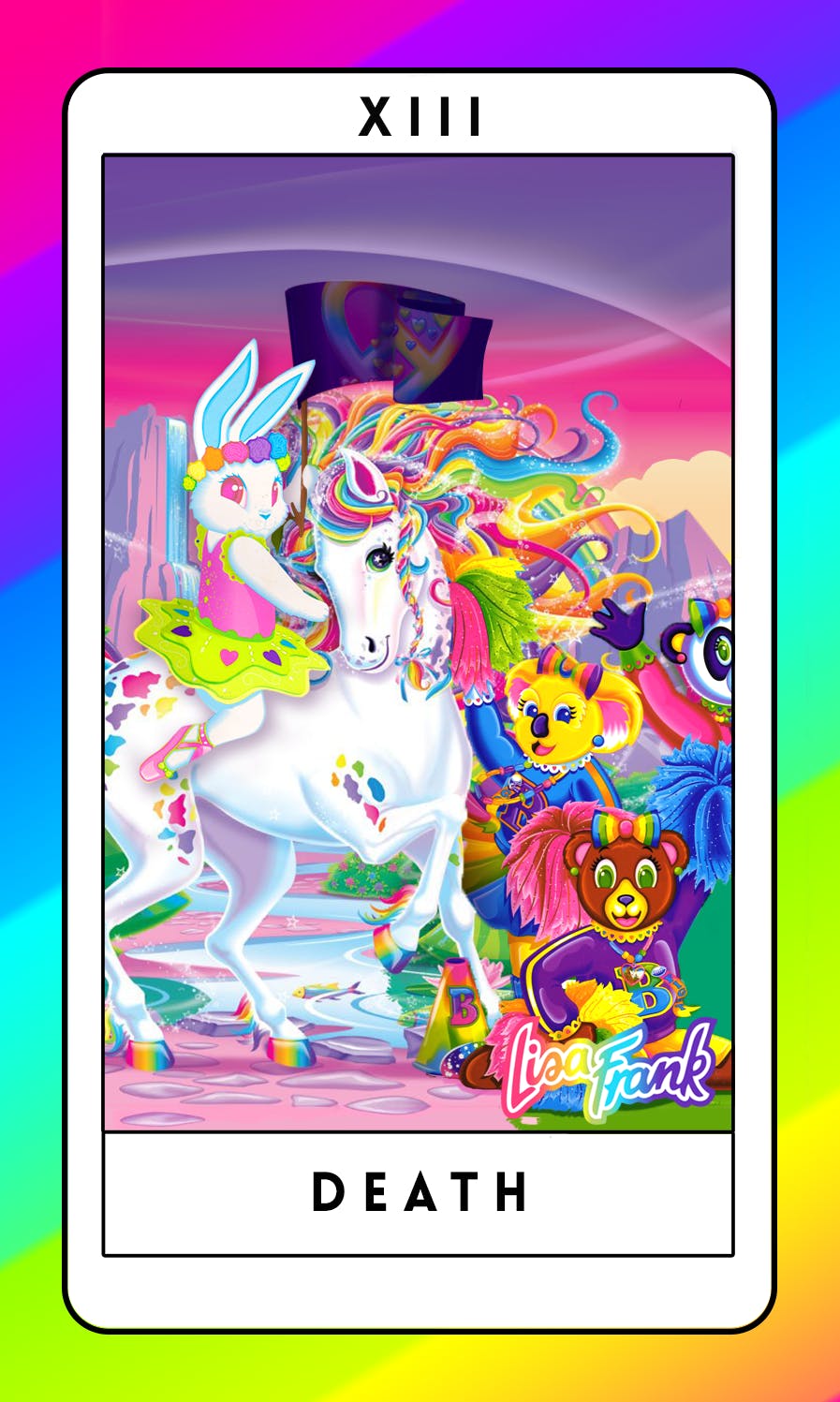