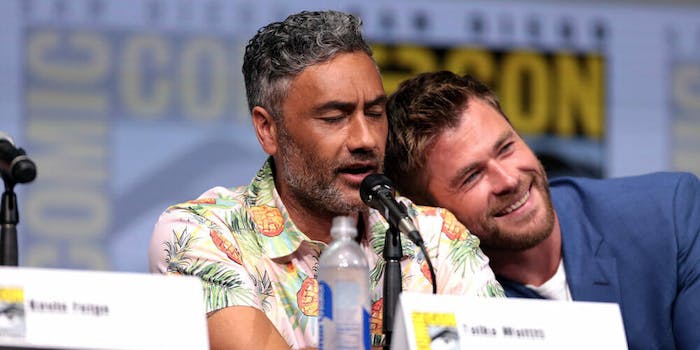 His return to the MCU also corresponds with Warner Bros. shelving its 'Akira' remake.

Taika Waititi isn’t done with the Marvel Cinematic Universe yet. The creative force behind fan-favorite Thor: Ragnarok will return to write and direct Thor 4.

The news earned plenty of excited reactions from fans online, but it came with one caveat: The live-action Akira adaptation he was working on has been shelved indefinitely by Warner Bros.

Waititi’s previous MCU title, 2017’s Thor: Ragnarok, earned $854 million in global sales and was praised for breathing life into a hero that, until then, had only a lukewarm history on screen. The movie also introduced Valkyrie, an Asgardian warrior played by Tessa Thompson and the MCU’s first canonically queer character (according to a deleted scene, at least), who’s likely to make a return in Thor 4.

For Thor stans, the news was like an answer to their prayers as many believe that Waititi is the best thing to happen to the Thor franchise since the MCU’s onset.

“Thor stans stay winning this is going to be a masterpiece,” one Twitter user wrote.

Taika Waititi, Chris Hemsworth, and Tessa Thompson on set for Thor 4 after the tragedy of Endgame pic.twitter.com/7PHOgbCKs7

The entire MCU fandom when they heard Taika Waititi is returning for Thor 4: pic.twitter.com/3Qq16odzZ5

Unfortunately, the news corresponds with the announcement that Waititi’s previous project, adapting the classic Japanese animated film Akira into a live-action remake, is on hold for the foreseeable future. The project has been in development since at least 2012 under various creative leads and was previously scheduled to hit theatres in 2021.

Waititi is hopefully coming back to inject some much-needed levity after the doom and gloom of MCU’s whole “disintegrating half of the universe” business.