Photo via Black Panther & The Crew/Marvel

The comic is a contemporary reboot of The Crew, a 2003 miniseries written by longtime Black Panther writer Christopher Priest and illustrated by Joe Bennett.

In an interview with Time, Coates and Harvey discussed their vision for Black Panther & The Crew, which follows Harvey’s work with Roxane Gay on another Black Panther spinoff, World of Wakanda. Set in Harlem, the new version of The Crew features Black Panther, Storm, Luke Cage, Misty Knight, and Manifold. The story begins with an activist dying in police custody, but also includes flashbacks to the Cold War.

“It’s not like I looked at a Black Lives Matter protest and was like, ‘Hey, I want to write a comic about that,'” said Coates. “But you’re confronted with it every day. So when I sat down to think about what is this story with four black protagonists about, and you start scribbling, that rises up.” 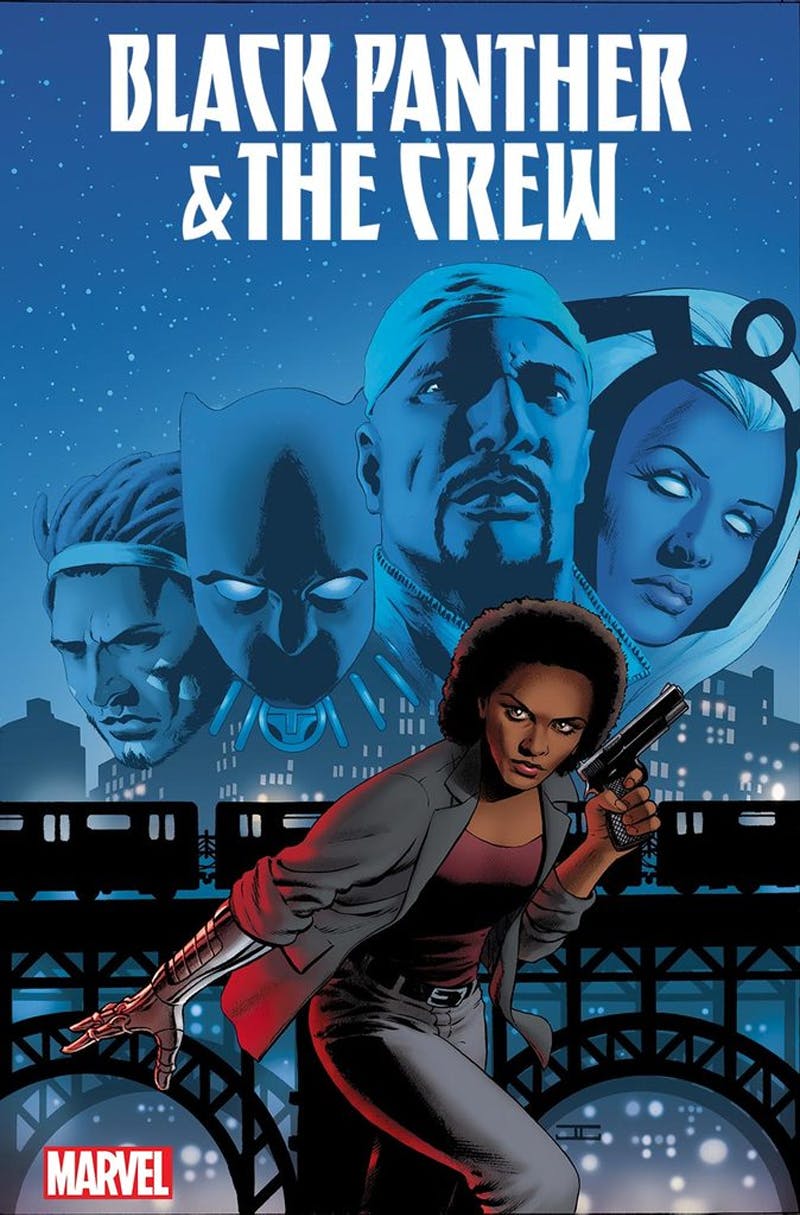 As a political comic about a team of black superheroes in New York, Black Panther & The Crew is thematically linked with the 2003 miniseries, but isn’t a direct sequel. Harvey and Coates altered the team lineup in order to include more female characters, and switched the location from the fictional Little Mogadishu neighborhood to Harlem, a more familiar location for Marvel fans and Coates himself.

After the success of Coates’ work with artist Brian Stelfreeze on Black Panther, we await this new spinoff with interest. The first issue will arrive in April.