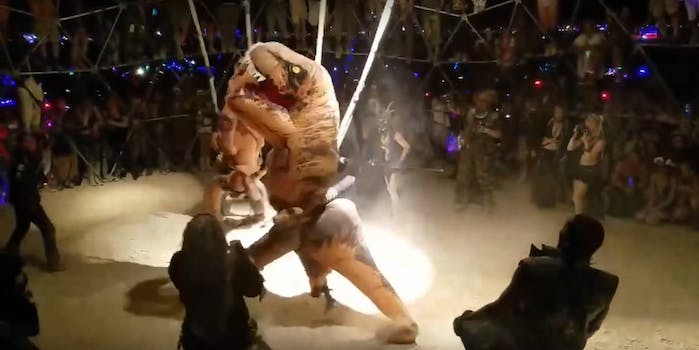 Burning Man used to be an obscure counter-culture phenomenon, but now it’s world famous for two things: vehicles and costumes that look like something from Mad Max and un-self-aware rich people being deeply embarrassing.

This video belongs in the first category.

Armed with a pair of inflatable T-Rex costumes and some harnesses, this group of burners organized a Thunderdome-style showdown.

We love the costumed referee, who was clearly taking the whole operation very seriously.