Is the new Senran Kagura game too sexist for Nintendo?

Japanese video game publisher Xseed and Marvelous Inc. will be releasing a new Senran Kagura 2: Deep Crimson—‘Double D Edition’ to North America and Europe, and it’s already getting a few riled up.

Swedish video game journalist, Kersin Alex, who writes for left-leaning newspaper Aftonbladet feels the game is pretty sexist. A game with ‘Double D’ in the title, sexist? Not possible. (The game comes with a two-disc soundtrack. Double D. Get it?)

According to GF_Sybb’s translation, Alex feels that the game is objectifying and has a “stale” view of women. She feels the developers are making entertainment out of objectification, “especially when there are no obvious elements of parody, satire, or deeper message.”

Europe will be getting a few special editions of the game—including a “happy boobs” edition—some of which will be sold in stores; others will be sold online from its official store. 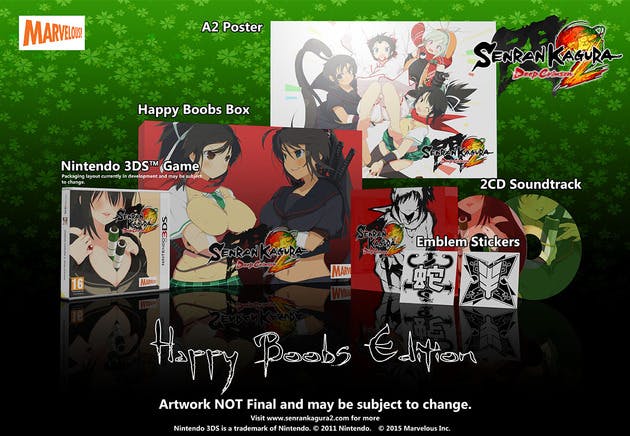 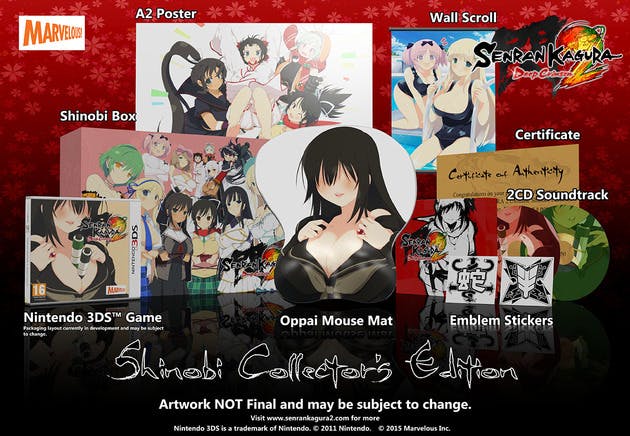 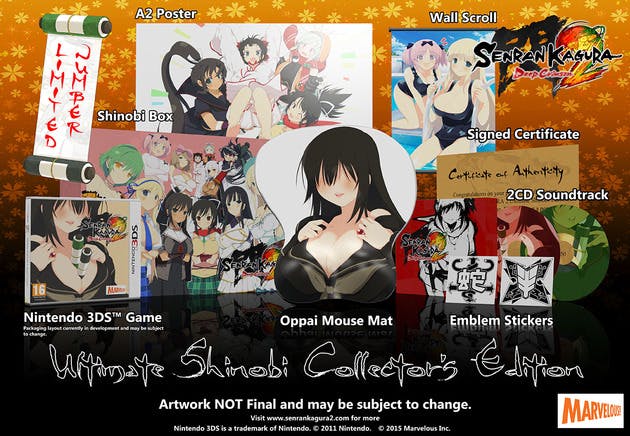 This isn’t the first time Japanese game developers have gotten heat because of their female character models. Team Ninja, developers for the Dead or Alive (DOA) franchise, spoke to this very issue last month with Game Zone. Creative Director Tom Lee stated that “it’s not like we’re ignorant and we don’t know what’s going on. We’re very conscious with what happened, and the Gamergate issues of last year, and objectification of women in entertainment, misogyny, all of it, we’re very aware.”

“However, when you look at a game like DOA, from the minute you turn on the game, it’s in a very other-world, fantasy type of environment. I don’t think it takes much to figure out that this has very little to do with a real world. Our women, our males, our environments, are not relatable to real people. So, in that sense, in our theme of fantasy, we feel like we have absolutely every right to show off beautiful characters and how we see fit.

“We’re not having these beautiful women be abused and treated unfairly in our game. They’re just as powerful as a male character. They’re balanced in the sense that they’re equal.”

There’s a bit of a divide in the gaming community over these issues. Many do see Dead or Alive’s sexualization a part of the game’s character. Others, especially some tournament organizers, feel that it’s necessary to place a soft ban on certain costumes in a competitive environment.

What this all really speaks to are the cultural differences between Japanese and Western game developers. The Japanese show, All Game Nippon, discussed the West’s tolerance for violence and the East’s tolerance for female objectification. Niche Gamer took the time to translate the entire discussion, and it’s rather striking how differently Eastern and Western cultures view these issues.

The show’s hosts cite a game like Mortal Kombat, which is far too violent for Japanese sensitivities, but is acceptable in the West. That’s opposed to the depiction of women in anime and manga, which many Western developers call into question.

The two hosts then recall an incident in which a Japanese man living abroad got into trouble for something his daughter wrote in school. A warning was posted on the Japanese Ministry of Foreign Affairs:

A Warning To Japanese people residing in advanced countries:

In one school where she was commuting, a daughter wrote in a school essay, “It’s fun to be with Daddy in the bath.” The school tipped off the police. The father was arrested on suspicion of sexual abuse.

Niche Gamer notes that, “In Japanese homes with larger bathtubs, it is not uncommon for family members to bathe together. Typically one or both parents will bathe with babies and toddlers, and even as children grow older they may still bathe with one of their parents.”

The hosts then go on to discuss Ametarasu, The goddess of the sun and the universe, and how the most powerful god, happens to be a woman. In these depictions, men were shown as “childish and cute.”

“Society was driven by matrilineal lines, which reveals that women occupied a key point in society,” one of the hosts says. “I’m reminded of Hollywood movies. Macho and invulnerable superheroes wouldn’t fit into Japanese myths.”