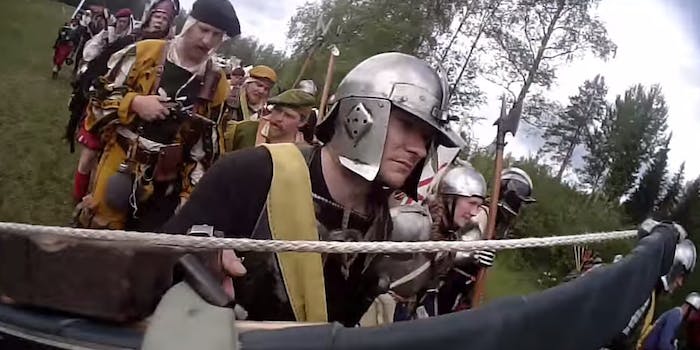 OK, you've sold us on LARP battles. This looks awesome.

LARPing, also known as live-action roleplaying, is getting very intense these days.

Earlier in the year, we heard about a 5-day Battlestar Galactica LARP session aboard a retired German warship. Now we find a Swedish historical LARP session looks like something out of a war movie.

LARPer Martin Merkel took his GoPro camera into the battle, producing first-person footage from inside the crowd of people dressed in historical costumes. Smoke bombs, fake weapons, and pretend deaths all add to the realism of the scene, and they’re backed up by a dramatic orchestral soundtrack. When did LARPing become so awesome?