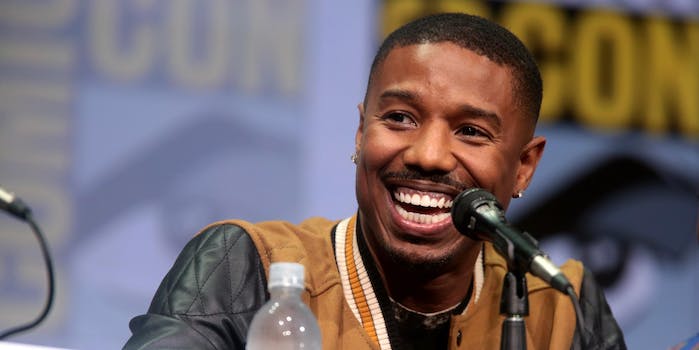 Warner Bros. reportedly met with J.J. Abrams and Michael B. Jordan about the future of Superman

But it's unlikely we'll see another Superman movie before 2023.

The future of DC Comics films is starting to shape up with a mix of blockbuster hits (Wonder Woman, Aquaman, and Shazam!), character deep-dives (Joker, The Batman), and chaotic team-ups (Birds of Prey, The Suicide Squad). But the future of one of DC Comics’ most iconic superheroes is still up in the air.

A lengthy report from Variety details the future of Warner Bros.’ superhero films, including details on how prevalent Arkham Asylum will be in The Batman and a contract option for several stars of The Batman and Birds of Prey to have their own standalone or show up in sequels. After the runaway success of Joker, Warner Bros. is more open to R-rated superhero movies, especially since Marvel isn’t really fulfilling

“They’re on the upswing,” BoxOffice.com chief analyst Shawn Robbins told Variety. “They had a rocky period, but they’re starting to find their footing.”

A key Warner Bros. goal is to finally get a Green Lantern movie off the ground with Geoff Johns set to write the script (with J.J. Abrams and Bad Robot expected to get a first look at the project). The Ezra Miller-helmed Flash movie that’s been in production hell for several years is still on the docket despite Miller’s key role in the Fantastic Beasts franchise. But the biggest enigma remains one of the publisher’s most famous comic book character: Superman.

According to Variety, Warner Bros. discussed Superman and how to make the character relevant to theater-going audiences with both Abrams and Michael B. Jordan, the latter who gave Warner Bros. his own pitch for the character. But with his own slate of films in the works for the next few years, Jordan currently isn’t attached to a Superman film, and the chances of seeing a Superman film debut in theaters before 2023 is highly improbable.

More than almost any character, Warner Bros. has struggled in recent years with bringing Superman to the big screen. Superman Returns fell flat, and although Henry Cavill’s turn in Man of Steel, Batman v Superman, and Justice League has its fans, those films were largely panned by critics. And while reports that Cavill had left the role (like Ben Affleck did with Batman) surfaced last year, Cavill has since pushed back.