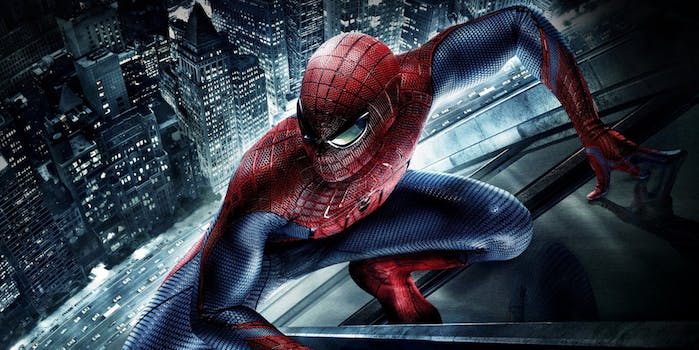 See how superhero suits change over time with these awesome GIFs

You're gonna need a bigger bodysuit.

Onscreen superheroes haven’t just gotten less dorky over time—they’ve gone manly and minimalist, at least if this series of GIFs from Halloween Express is any indication.

The costume company created a morphing compilation of the changing look of several iconic superheroes to show how far we’ve come since the days of tights-wearing stars on television.

And, of course, probably no superhero has evolved so steadily over time as has Batman, an inexorable asymptote eternally approaching greater quantities of “dark and brooding:”

It’s also interesting to see how little some costumes have changed compared to the people who wear them. Looking at you, Superman. The only thing that’s really changed over the years is the increasingly well-defined physique of the white dude wearing the leotard.

Remember when Captain America’s costume looked like a bad stand-in for Evil Knievel? Yeah, that happened.

And compared to the CGI-exaggerated looks that have come after him, heavyweight original Lou Ferrigno seems less like a Hulk and more like the jolly green giant:

Last but not least, Spider-Man. Say what you will about Peter Parker, but this GIF reminds us that Spidey has only been adapted in live-action format a handful of times—beginning with the totally awesome 1977 live-action film and tragically short-lived TV series. Still, there seems to be some iterations of the suit missing. (Where’s the black symbiote suit from Spider-Man 3?)

But more than the revelation that it’s really hard to get creative with designs that basically involve layering yourself in spandex, these GIFs remind us that superhero history has been ubiquitous in more ways than one. Thank goodness we’re getting more and more diversity beneath a few of those costumes.

Photo via thegalatf/deviantART (CC BY ND 3.0)