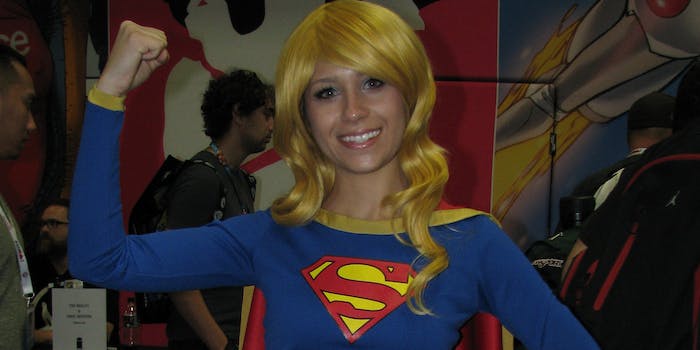 Supergirl is in line to be the first female-led TV adaptation.

Following DC’s recent spate of comic book shows like Gotham, Arrow, Constantine and The Flash, Supergirl is in line to be the first female-led TV adaptation.

According to a report from Deadline, this Supergirl TV series will be produced by Greg Berlanti, executive producer of Arrow and The Flash, with Ali Adler as co-showrunner. Since Arrow and The Flash both air on the teen-friendly CW channel and Adler is best known for ABC sci-fi comedy No Ordinary Family, it seems likely that this Supergirl adaptation will take a more lighthearted tone than Gotham or Constantine.

Deadline describes the show as a “new interpretation” of the character, but since Supergirl is far less well-known to mainstream audiences than DC characters like Batman or Superman, this could really mean anything. The best known version is Kara Zor-El, Superman’s cousin from the planet Krypton.

Launching a Supergirl series is definitely a good move for DC Entertainment, which has long been under pressure to announce some kind of female-led superhero franchise.

Wonder Woman will appear in Batman v Superman: Dawn of Justice in 2016, but a solo movie is yet to be announced. A Supergirl series may help DC catch up with Marvel, who have a Peggy Carter TV series and a Jessica Jones Netflix show already in the works.