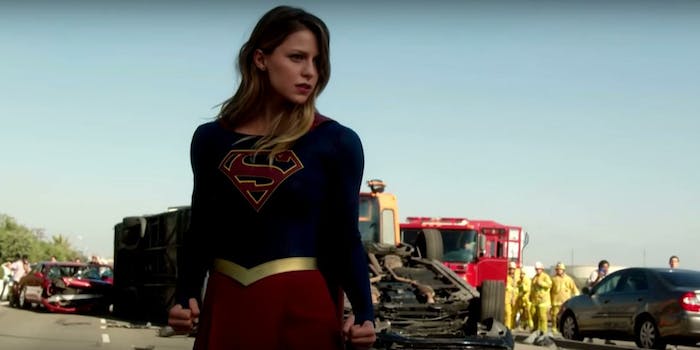 New ‘Supergirl’ trailer gives us a look at the first season

Months after the pilot episode leaked online, the trailer for Supergirl‘s first season is here.

Complete with scenes of Supergirl ripping doors off their hinges and kicking alien criminals in the face, this show looks ridiculously fun. It’s exactly the kind of brightly colored, classic superhero story you’d want from a character like Supergirl—and it’s a breath of fresh air in the dark and gritty tonal gloom of most DC Comics adaptations..

The new trailer introduces several of her superpowers from the comics, including heat vision, super strength (obviously), and ice breath. We love the fact that Supergirl clearly isn’t shying away from its origins, coming across as a kind of mashup between modern coming-of-age stories and the lighthearted tone of Christopher Reeve-era Superman.