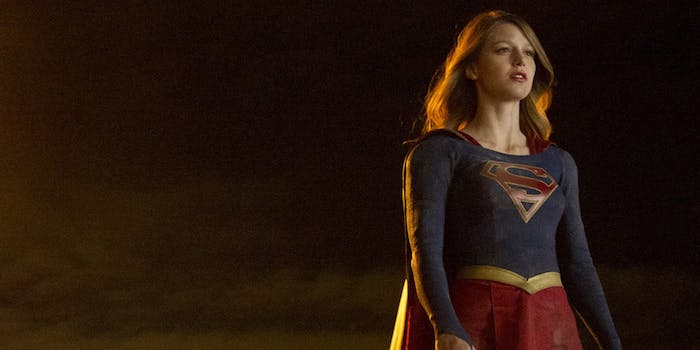 'Supergirl' proves that a comic book adaptation can be feminist, girl-friendly, and massively popular.

The Supergirl premiere got ridiculously good ratings on Monday night. In fact, more people watched it than any other new TV drama this fall.

This is obviously good news for CBS and anyone who wants to see more of Supergirl. It also goes against a lot of conventional wisdom about what audiences want from comic-book adaptations.

Superhero shows are hot right now, which is why every major network has at least one on air or in production. But it’s taken a while for anyone to greenlight a show with a female lead, partly thanks to these not-very-reliable assumptions about geek media audiences:

These arguments often surface when fans complain about the male-dominated nature of comic-book franchises, but Supergirl goes a long way to prove these assumptions wrong.

Almost 13 million people tuned in to watch the Supergirl premiere, despite the episode leaking online several months in advance. That’s a bigger audience than for the pilot episodes of Gotham, Agents of S.H.I.E.L.D., The Flash, or Arrow. On top of this, Variety described Supergirl as “the fall’s top-rated new series in all key male demos,” although it also did well among young women.

Supergirl inspired vocal criticism online before it aired, particularly from male comic-book fans who felt that the trailer’s lighthearted tone and romcom-esque workplace setting pandered to female audiences. But while the premiere turned out to be just as female-friendly (and feminist) as predicted, it was still incredibly popular, including with male audiences.