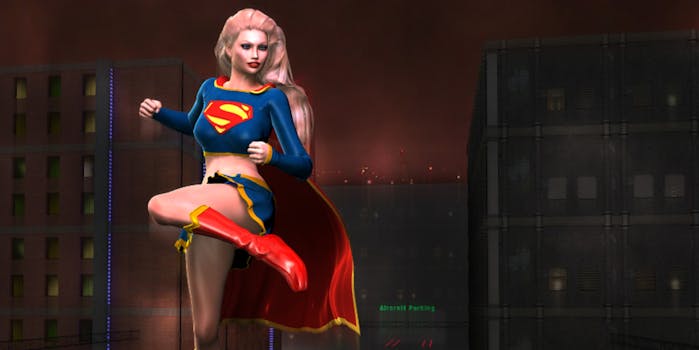 Another superhero TV show gets ready to take flight.

CBS has cast actress Melissa Benoist in the titular role of its live-action DC Comics series Supergirl. Benoist will play Kara Zor-El, Superman’s Kryptonian cousin, who, like Clark Kent, has superpowers and is adopted by a human family.

Benoist, who recently had her breakout role in Whiplash, previously played Marley Rose in the fourth season of Glee. She also appeared in guest spots on shows like The Good Wife.

Greg Berlanti, a showrunner on The CW’s superhero series Arrow and The Flash, is also an executive producer on Supergirl. The upcoming series follows Kara Zor-El as she comes to terms with her powers as a young adult. The overall tone sounds like it will take inspiration from episodic crime dramas, and CBS executives have already stressed that they want the show to be a “female empowerment story” with strong feminist themes.

Incidentally, this casting news means that most of the lead actors in Oscar contender Whiplash will soon be better known for their roles in superhero movies: Miles Teller in the upcoming Fantastic Four reboot, Melissa Benoist as Supergirl, and J.K. Simmons in his iconic Spider-Man role as J. Jonah Jameson. That’s either a fun piece of trivia or proof that Hollywood is greenlighting way, way too many superhero adaptations. Take your pick.

Photo via roys-art/deviantart (CC BY 3.0)