Super Trump Run is the latest creation of game developer and programmer Sean Connelly in an attempt to give himself some laughs. The style of the game is intentionally similar to Super Mario Run, if Mario traded the red hat for a blond toupee.

“I’ve been depressed lately,” Connelly’s blog post on the game reads. “I decided to make a game to make me laugh and vent some steam. Enjoy!”

The game begins with news reporters gathered in a large hotel, pressing Trump for details on his plan for a coming storm that’s already flooded Miami. During the press conference, the hotel fills with water as Trump calls the “liberal Weather Channel” fake news. 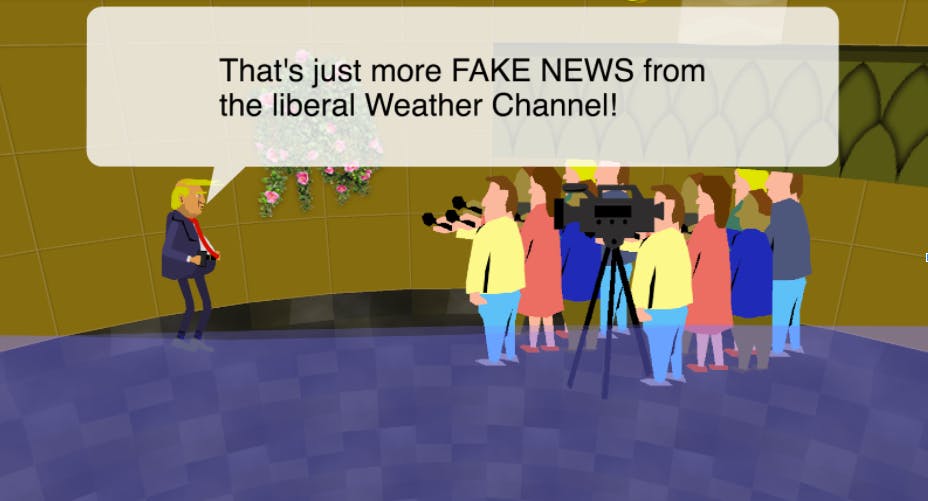 As a fitting objective, the player must keep Trump’s head above water, or at least come up for air often enough to prevent drowning. (Hint: we haven’t found the latter to be an efficient game strategy.)

Using the spacebar to jump, the player directs Trump onto raised platforms to escape the flood and collect a lot of gold coins. As the game continues, the hotel fills up with floodwater. If Trump falls from a platform, there’s a good chance he’s going all the way down into the floodwaters with little chance of getting back above water.

Once Trump’s air supply runs out, the game ends, leaving players with a familiar sentiment from the president himself. 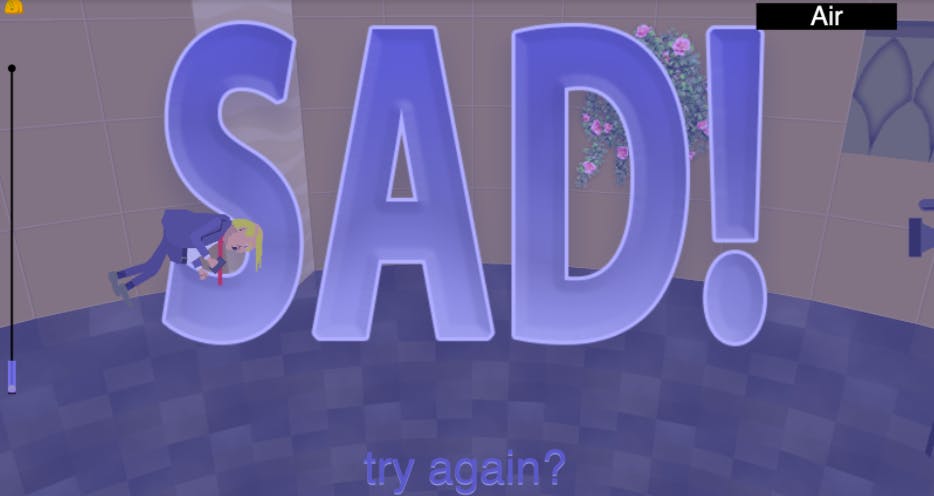