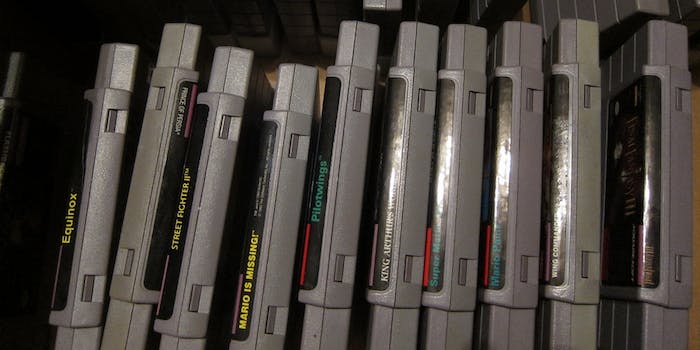 We hope you have 9 hours to kill.

If you grew up in the 1990s, about how long do you think you spent staring at the start screens of Super Nintendo games?

Well, now you have a chance to relive every one of those brain-dissolving moments. Circulating on YouTube is a video by user NicksplosionFX, that shows every single Super NES title’s start screen, listed in alphabetical order. With more than 700 Super NES games released, the video clocks in at just over nine hours.

In case you don’t have nine hours to burn, NicksplosionFX also listed all of the titles on his Tumblr.

So what’s next? Maybe NicksplosionFX will give himself a break and only collect the start screens of every title released for Nintendo’s Virtual Boy.