You can pay a visit starting in September.

Should you pay a visit to Stoughton Farm in Newark Valley, New York, this fall, you’ll see something pretty special as you wander through its fields of corn.

Or actually, you won’t. But if you sent up a drone to take a shot, you could check out this corn maze’s pretty detailed Super Mario Bros. theme.

Spanning eight acres, the “MAiZE” opens to the public September 17 and can be toured for an admission fee (those under 4 are free). 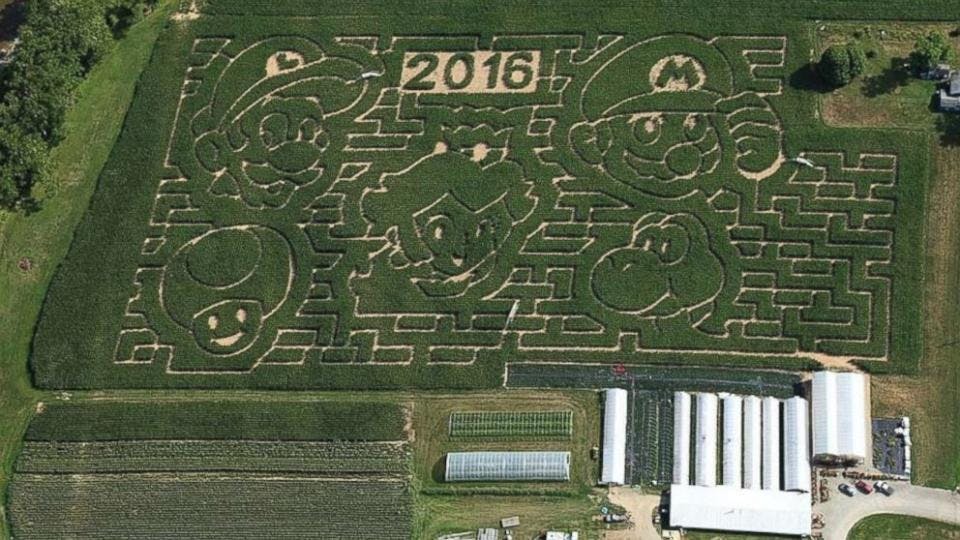 Owners Tim and Deb Stoughton have done a different theme for the maze every year since 2005. Some of their previous ones include vampires, anti-bulling awareness, renewable energy, and Sleepy Hollow.

The photo was posted on Reddit Monday by a neighbor and has been upvoted over 6,000 times since and has amassed more than 1,000 comments.

Corn mazes with nerdy themes are apparently a thing to do this year, as Richardson Farm in Spring Grove, Illinois, has given us a Star Trek maze. So, are all farmers secret nerds or what?