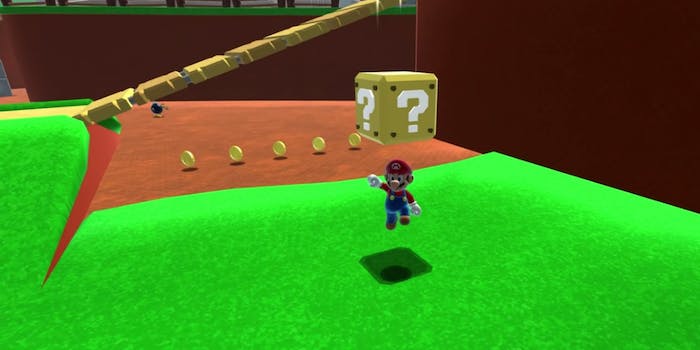 You can download and play this fan remake for free.

Super Mario 64, originally released for the Nintendo 64 console in 1996, now has a 21st century update.

The program is built in Unity, a versatile programming language that can be used to develop games for a large number of platforms simultaneously. It’s therefore very popular with first-time game developers, and especially with indie devs. Ross’s program governs the way a video game character moves and behaves within a video game level.

What Ross has done is use Super Character Controller as a framework, and then laid a Mario 64 level on top of it. Not only is this presented in sharp, clean HD format, watching the video is worth it for the updated, jazzy Mario 64 soundtrack alone.

If you want to play with this demo on your own you can on Windows, Mac, or Linux as long as you have the Unity plug-in installed.