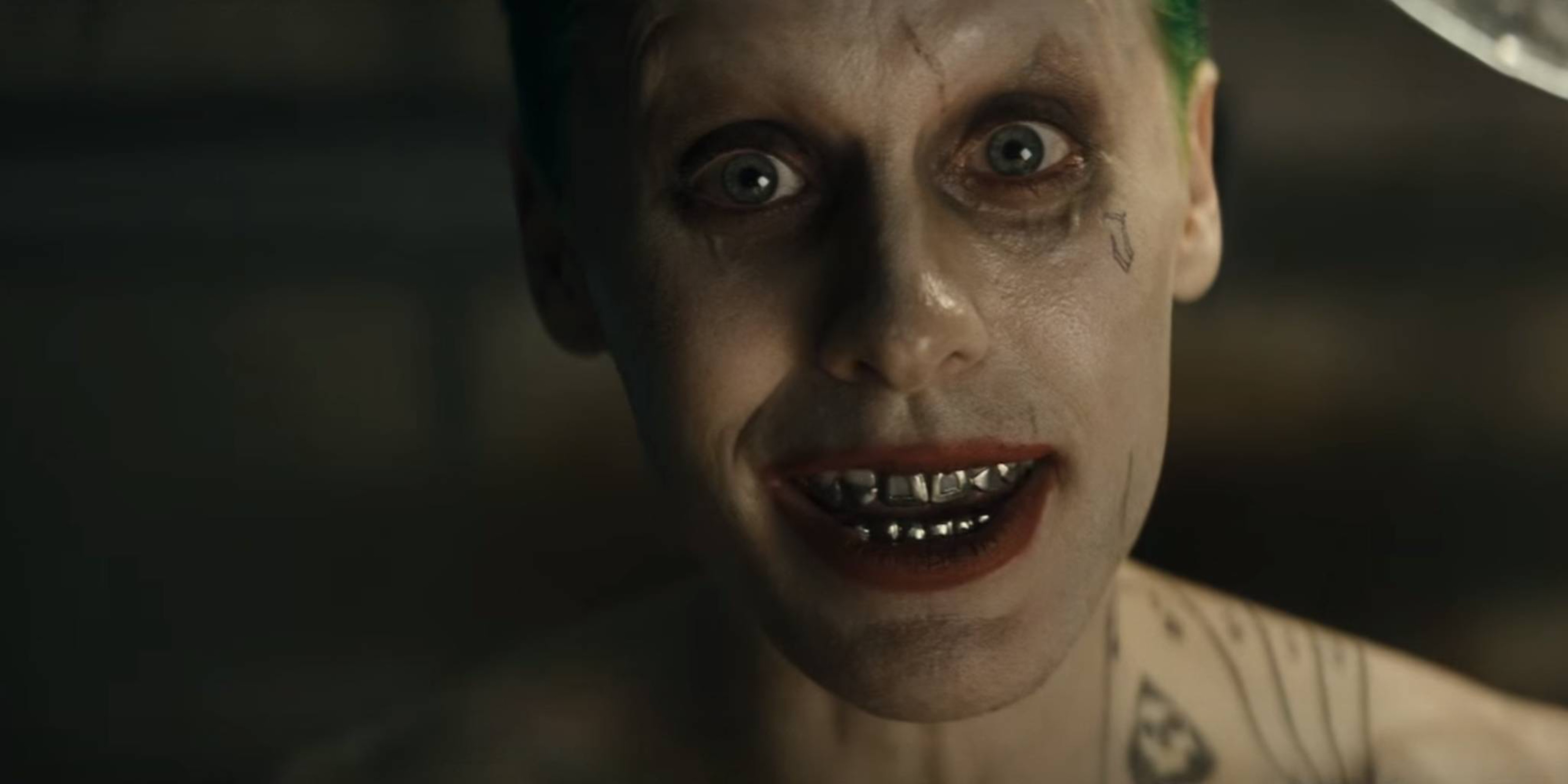 People are laughing at Jared Leto's Joker, but not for the right reasons.

Jared Leto may be an Oscar-winning actor, but there’s already something intrinsically mockable about his performance as the Joker in Suicide Squad.

Basically, Leto’s Joker looks like a cartoon drawn by a 14-year-old who just discovered Hot Topic in the mid-2000s. Following in the footsteps of iconic actors like Heath Ledger, Mark Hamill and Jack Nicholson, he exudes a distinct aura of Trying Too Hard.

Just look at all the stories coming out of the Suicide Squad set. Leto sent a live rat to his co-star Margot Robbie (Harley Quinn), and bullets to Will Smith (Deadshot). The rest of the cast received a dead hog, accompanied by a video of Leto in character as the Joker. Director David Ayer is taking pains to highlight how scary Leto was on set, while Will Smith said that he’d “never actually met” the real Jared Leto because he was constantly immersed in the role.

After all that nonsense, this scenario seems worryingly plausible.

This wildly cringeworthy quote has more than 45,000 notes on Tumblr and God-only-knows how references on Twitter. It’s also a parody written by Twitter user @swarthyvillain, but many people are taking it at face value. Likewise, it’s easy to believe that Leto would say that the Joker’s favorite show is Family Guy because “it’s so random, but also, twisted as hell — much like the Joker, who I view as almost a primordial being.”

By trying to make the Joker look as dangerous and subversive as possible, Jared Leto and David Ayer accidentally rebooted the character as a teenage boy who just found out about Banksy and likes to quote Hunter S. Thompson to girls at parties. He literally has the word “damaged” tattooed on his forehead. So edgy.

It’s kind of beautiful that the Joker—supposedly the world’s greatest troll—is being so expertly trolled himself. And there’s no way for David Ayer and Jared Leto to stop it, because the more they try to make the Joker look terrifying and weird, the more laughable he becomes—kind of the opposite the character’s intended M.O., really.