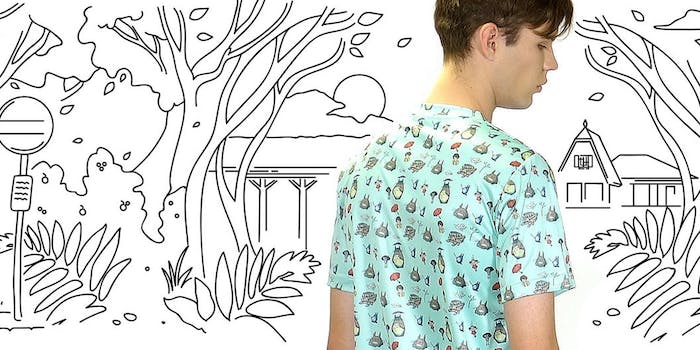 The line includes unisex tops inspired by 'Castle in the Sky,' 'My Neighbor Totoro,' and more.

If you love the animation of Studio Ghibli and want to show you’re a fan of their beautiful work in your geek fashion, then you’ll want to check out the new collection released by online fashion retailer Wizards of the West.

The Ghibli line currently includes dress shirts, pullovers, and tees inspired by the films Nausicaä of the Valley of the Wind, My Neighbor Totoro, Spirited Away, Ponyo, Castle in the Sky, and Princess Mononoke. Founder and CEO of Wizards of the West Jason West told the Daily Dot that this line is the debut collection for the small company, which is based in Toronto where a team of three works. Their designers all work remotely.

“We currently source designs from designers out of the U.K., Japan, and France at the moment. Production itself is sourced from some very old mills in Pakistan, Japan, and Morocco. I will always stress that how and where our clothing is made is just as important as the designs itself. This is where we differentiate ourselves from similar brands,” West said in an email interview. 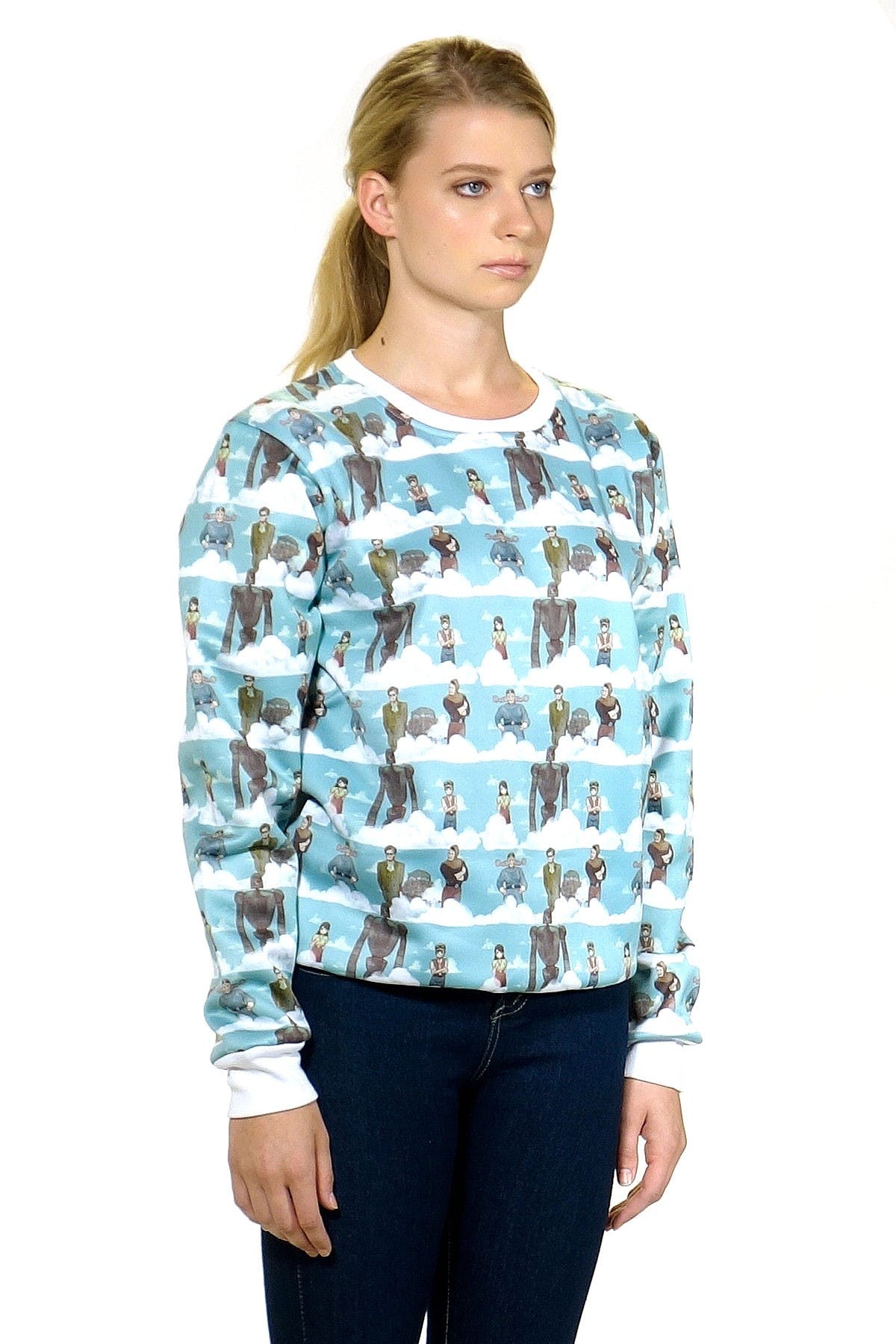 West described how the company started as an accident that began with a meeting with a local couture designer.

“I saw that most brands in the merchandised apparel world were really competing on price point and quantity and less on quality. So I chased the high street market and teamed up with two suppliers in Asia that have over 100 years of textile design between them. Their clientèle were all luxury brands, they used premium fabrics and worked with very slow and laboured machines to sew their garments together, in the end producing very high quality clothing,” West said. “With the patterns in my hand I took them to a few manga and comic book artists I respected and commissioned them to develop prints around the work of Miyazaki. It came together so naturally as seen by our first Studio Ghilbi collection.”

Ghibli was an easy choice for the fall 2015 line, according to West.

“You don’t have to look hard to be inspired by their artwork. Our designers stretch across the globe and we found out no matter where you go people recognize the amazing art and design of Studio Ghibli”” he said.

The entire 11 piece collection comes in unisex sizes from XXS to XL with preorder prices at $36 and $38 until October 30, after which regular pricing becomes $46 and $48. This is only the first release of Ghibli-inspired products, with a future release to include familiar properties Kiki’s Delivery Service and Howl’s Moving Castle and new styles like leggings and swimsuits. Beyond Ghibli, Wizards of the West sells clothing and accessories inspired by a range of other areas. Some of their other pop culture products include World of Warcraft and Candy Crush leggings. West said there are more collections on the way as well for winter 2015 and spring 2016.

“I recently previewed the concept art for both collections and they were amazing. All I can say is, if you’re a child of the ’80s, ’90s and you played a lot of Sega Genesis, you’re going to absolutely adore our Winter collection,” West said.

You can see a few items from the Ghibli collection below and the rest on Wizards of the West’s website. 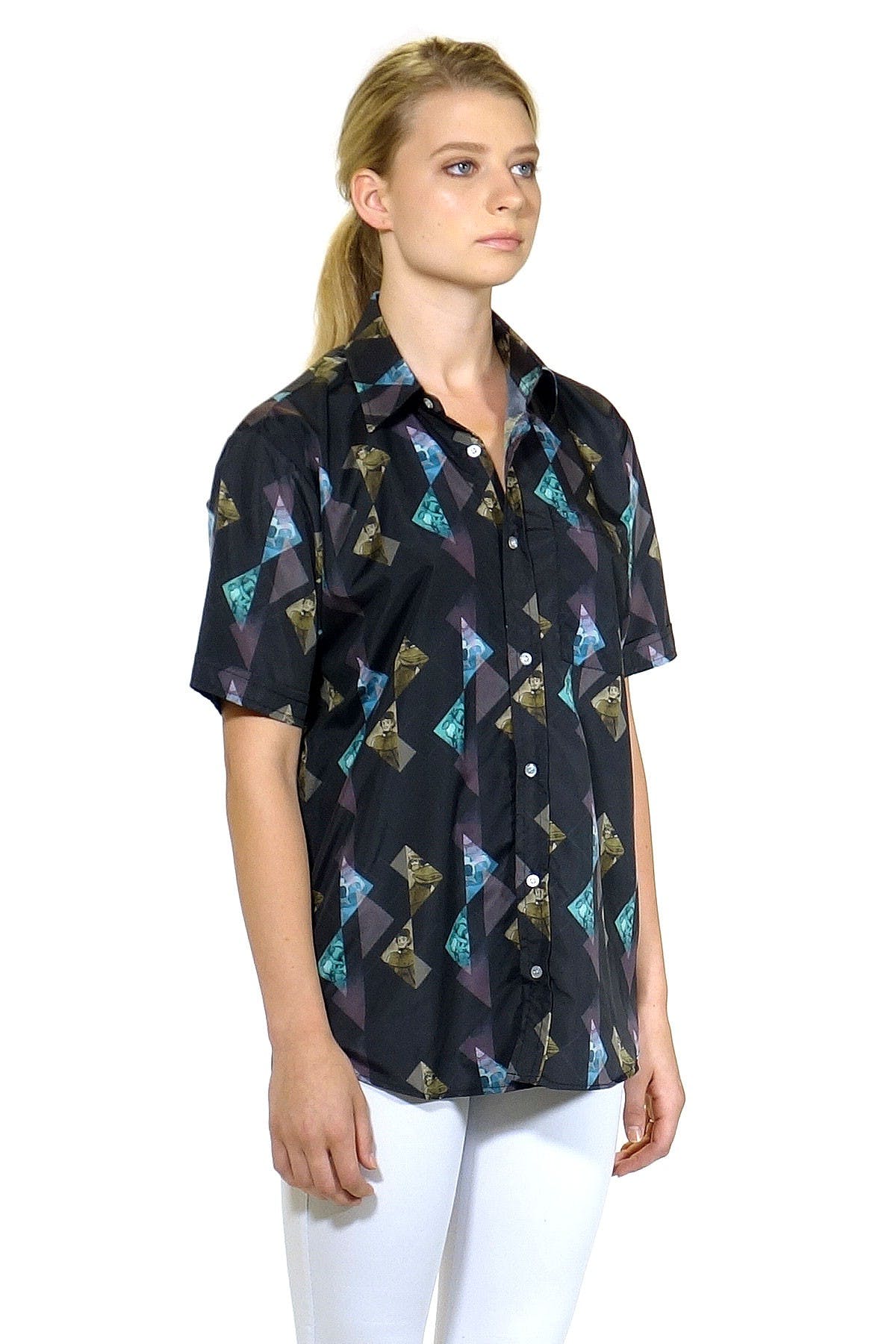 Valley of the Wind Dress Shirt Photo via Wizards of the West