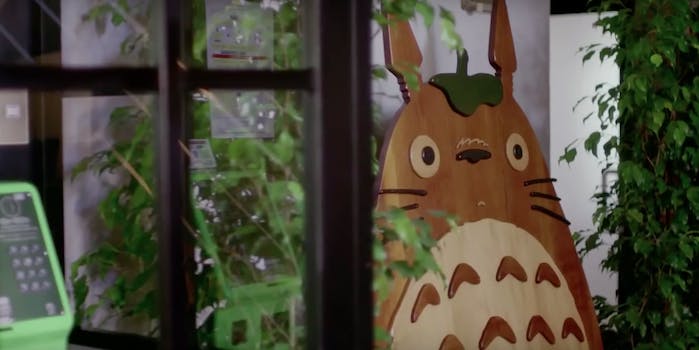 Here’s your chance to land a Studio Ghibli dream job

Do you have what it takes?

Studio Ghibli is the magical place where stunning animated movies like My Neighbor Totoro and Spirited Away came to life. Now, artistic Studio Ghibli fans can take a crack at joining the team.

The studio has announced it’s hiring animators and background artists at its Tokyo workshop for Hayao Miyazaki’s upcoming film Boro the Caterpillar. The job pays just shy of $1,800 per month, applicants must speak Japanese, and they must to commit to a three-year contract. The application window closes July 20.

While this may be a dream job for lots of artists, don’t expect it to be easy. Part of the reason Miyazaki’s films are so gorgeous is because he’s a perfectionist. A behind-the-scenes look at the animation studio in the 2014 documentary The Kingdom of Dreams and Madness illustrates Miyazaki’s genius as well as his exacting standards. He pushes young artists to do their very best work, but his critiques can be hard to take. For someone serious about being the animation business, however, the challenge is a small price to pay to work with a living legend on what may be his final film.

If you think you have what it takes, you can check out the job listing (in Japanese) here. And if you haven’t yet, be sure to watch The Kingdom of Dreams and Madness. It’s a fascinating documentary for fans and will give potential job candidates a great look at what they’re up against. (Bonus: It heavily features Studio Ghibli’s resident cat.)